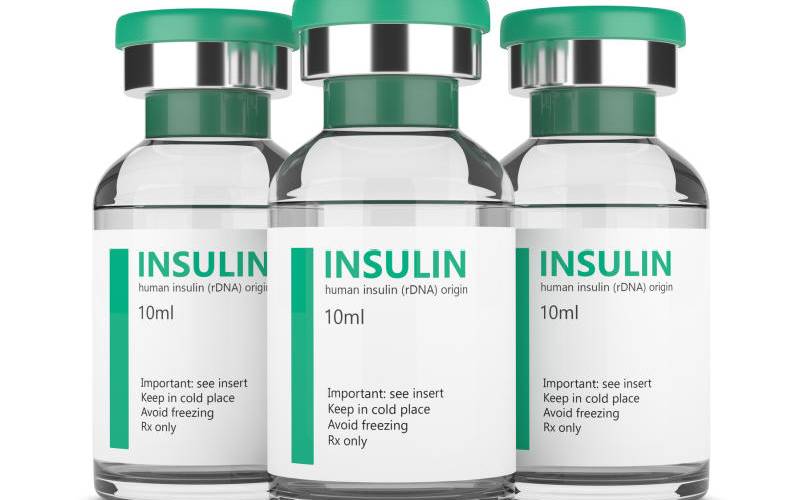 Patients with non-communicable diseases (NCD) received a major boost after the World Health Organisation (WHO) included new treatments for various cancers, insulin analogues and new oral medicines for diabetes in the new edition of its Model Lists of Essential Medicines- which should be available and affordable for all.

Listing NCDs is a relief to Kenyans like 65-year-old Kahuho Mathai from Nyeri County, who was diagnosed with type 2 diabetes and high blood pressure, conditions that changed his life significantly.

Mathai’s efforts to control diabetes involved daily injections of insulin, support group therapy meetings and visits to the diabetes specialized clinic at the county referral hospital where “we  have to pay for certain tests that focus on kidney, heart and lung functions.”

Mathai would also refill his prescriptions, but after close to two decades of managing diabetes and hypertension, Mathai began experiencing renal failure which needed dialysis by 2019 and “it was difficult to manage all these conditions but I understand that my high blood pressure contributed to the renal failure.”

In Nyeri County, one in four people suffer an NCD, according to County head of NCD management, Dr Martin Kamau, indicating the highest prevalence rate in the country.

Dr Kamau also singles out Kirinyaga, Embu, Meru, Muranga as the other counties where more research is needed to determine why people were more at risk of cardiovascular diseases, diabetes and cancer.

Globally, one out of three diseases among the poorest in the world are NCDs, with half affecting children and young adults, according to the Global Alliance on NCDs.

WHO notes that high prices for both new, patented and older medicines, like insulin kept some essential medicines out of reach for many, yet according to WHO Director-General Dr Tedros Adhanom Ghebreyesus,  diabetes is on the rise globally, and rising faster in low- and middle-income countries where patients lose their lives due to financial hardships in accessing insulin.

Though human insulin has been on WHO’s List of Essential Medicines since it was first published in 1977, the global market is controlled by three insulin manufacturers resulting in lack of competition hence the high prices which are a barrier to treatment.

The move to list long-acting insulin analogues (insulin degludec, detemir and glargine) and their biosimilars, along with human insulin, is intended to increase access to diabetes treatment by expanding choice of treatment besides creating competition to bring prices down.

Mathai is currently the Nyeri County chair of a 100-member support group for people with diabetes across various constituencies.

“Our therapy support groups have support from the county government and the Kenya Defeat Diabetes Association which helps us to create awareness on how to manage our conditions,” he said.

The support group was founded by his friend, Alexander Kiarie in 2004 after he was diagnosed with diabetes. But Kiarie handed over reigns to Mathai two years later after his memory and hearing deteriorated, a situation compounded by high blood pressure and insomnia common among people with diabetes.

“I think for every low income household affected, there is at least one person affected by these lifestyle diseases, and most have to rely on their local health facilities,” says Kiarie.

Fortunately, integration of health care services into specialized clinics for risk groups like pregnant women, people living with HIV, TB and Cancer have seen increased early detection of lifestyle diseases and thus ability to manage them in time.

In Nyeri, integration of health care services “is a work in progress,” says Dr Kamau as “screening takes place in both Tuberculosis and Diabetes clinics while high blood pressure and diabetes are tested within Mother Child Care centres for pregnant women.”

The NCD Global Alliance report dubbed “From Silos to Synergies” notes that silos were a major challenge in integrating healthcare services and Dr Kamau says he has been pushing for breaking the ‘silos’ by ensuring accessibility of BP machines and glucose strips but some sectors are better funded like HIV which can manage to “offer screening for blood pressure, blood sugar and breast and cervical cancer” in one clinic.

Dr Kamau says one solution at the moment was using Community Health Units in integrating health care initiatives for NCDs  as “they can create awareness and support screening and follow up monitoring at the community and household level as opposed to a top up approach at level 6 facilities.”

The updated Essential Drugs list also included cancer medication that target specific molecular characteristics of the tumours, some of which offer much better outcomes than “traditional” chemotherapy for many types of cancer.

The four new medicines added include for prostate cancer, chronic lymphocytic leukemia, tumour lysis syndrome, a serious complication of some cancer treatments and low-grade glioma, the most common form of brain tumour in children.

Uhuru to lead presidents, VIPs at Africities Summit in Kisumu

By ROSE MUKONYO | 4d ago