Trump says may head outdoors for campaign rallies amid pandemic 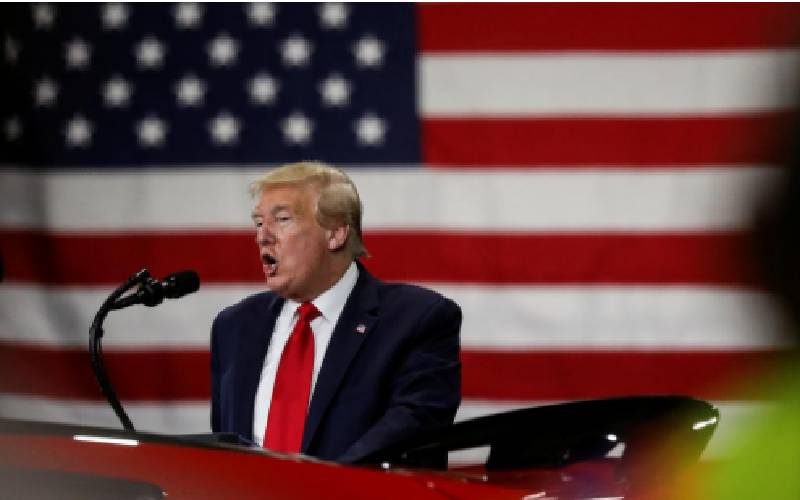 US President Donald Trump (pictured), eager to get back on the road and make his case for re-election on November 3, said on Thursday he may have to stage campaign rallies at outdoor sites until the coronavirus pandemic settles down enough for traditional events. “We got to get back to the rallies,” Trump told reporters during a tour of a Ford auto plant in Ypsilanti, Michigan. “I think it’s going to be sooner rather than later.” With little more than five months left until the election, Trump is behind Democratic rival Joe Biden in national polls and in some battleground states, such as Michigan, which he won in 2016.

A senior campaign official said officials held a meeting last week and discussed how and when to resume the big campaign rallies that Trump craves. “It’s clear, he’s chomping at the bit to resume the rallies,” the campaign official said. The discussion was largely a brainstorming session with a lot of ideas raised, including having a rally that resembled a drive-in movie experience. This official said the campaign was aiming for as early as mid-June to hold a rally, with preferred locations in battleground states like Wisconsin, Florida, Pennsylvania and Michigan. A Trump adviser said a mid-June timetable might be too optimistic, that it might have to wait until after the July 4 holiday.

Trump has been told by his advisers that he is facing a race in 2020 tougher than his improbable victory in 2016, the adviser said. Trump, said rallies could be held first in his adopted home state of Florida or Georgia, “whoever opens first.” “We might do some outdoor big ones and we also may just wait until some of the stadiums can open up,” he said. “The demand has been incredible to get going with the rallies.”

Beware of absurd hope deadlier and more toxic than pandemic

In Mecca, a fortunate few pray for a pandemic-free world

In Mecca, a fortunate few pray for a pandemic-free world