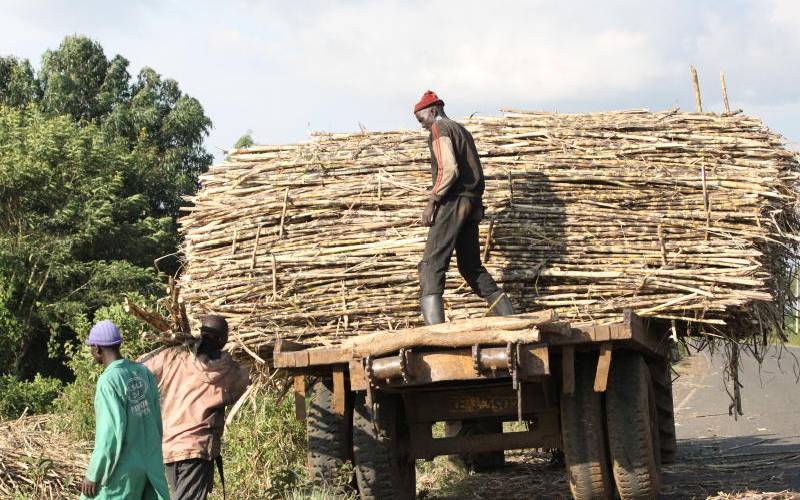 Sugarcane farmers have backed the new crop regulations, citing removal of zoning system as a breakthrough for the troubled sector. The Crops General Regulation 2020 gazetted by Agriculture Cabinet Secretary Peter Munya has allowed for free market, meaning farmers will now be free to sell to their preferred millers. Previously, cane farmers were required to sell their cane to specific millers within their zones.

Kenya National Alliance of Sugarcane Farmers Organization (KNASFO) through its chairman Saulo Busolo has welcomed the new regulations, saying the measures will promote contractual farming. Busolo said farmers will now be free to engage the highest bidders when harvesting their cane. “This is a major breakthrough for farmers who will no longer be enslaved to non-performing millers. This is what we want. We want our farmers to be free to sell to any miller,” said Busolo. “Zoning made farmers to have no recourse and this has led public millers to accumulate a debt of over Sh1.7 billion. For the first time, a farmer will now have an opportunity to engage any miller, out grower institution or any other person for farming, harvesting, transporting and supply of the sugarcane,” he added. The farmers who met in a Kisumu hotel over the weekend said they will rally behind the regulations issued by CS Munya last month.

The sugarcane stakeholders are also pushing for the establishment of the sugarcane pricing committee to help in regulating the price of the sweetener. The regulations have also provided for appointment of stakeholders’ committee to determine parameters of cane pricing. Farmers said the regulations will further transform the current payment method, which is based on weight to quality of sucrose in the cane. They believe the product - quality payment system will boost their income. Farmers have previously complained about the current weighing of cane at weighbridges controlled by millers. They have also supported the move to lease state owned mills, saying it will help to revive the ailing factories.

At the same time, Kenya Sugarcane Growers Association (Kesga) Secretary-General Richard Ogendo has proposed that trustees should be formed within respective mills to take care of community interests. ?

Rugby player among three people who drowned in Trans Nzoia

Rugby player among three people who drowned in Trans Nzoia