Former Chief Justice Willy Mutunga has shared chronicles of his intellectual insights garnered over five decades of his scholarly journey.

Radical legal education, Mutunga said, is anchored upon unrestricted academic freedom which he says both the state and the university leadership must uphold in teaching, research, and writing. He emphasised the need to expose law students to academic and political freedoms.

“Will Kabarak be a beacon of this search and defence of radical legal education? Will it carve out its own niche as such a beacon? Will Kabarak be ‘the Dar’ of the 1970s in its innovative, democratic, and creative methods? Will it be Nairobi before the reversal? Will it continue the vision that Makerere supports?” he said.

“Academic freedom is also about resisting any attempts to subvert the academy by any interests –internal and external.” In his lecture that lasted almost two hours, Mutunga challenged Kabarak University to take a stand on the issue of radical education. In his inaugural lecture delivered at Kabarak University, Prof Mutunga delved into his legal experience in transformational constitutionalism and championing radical legal education.

His story detailed a practice that characterised the pivotal moments of his life. It started with a recollection of the practice of law in his childhood background in Kilonzo village where he grew up in the 1950s. “The structure of my inaugural lecture falls within the trajectory of my personal experiences.”

The appointment constitutes a return of Prof Justice Willy Mutunga to the academy, having previously taught at the University of Nairobi. Kabarak University VC Henry Kiplagat said the occasion also marked the university’s inaugural lecture in its existence. “This is a historic moment for Kabarak University to host the inaugural lecture in our 22 years of existence since the founding of this University in 2000 by His Excellency Hon. Daniel Toroitich Arap Moi,” Kiplagat said.

He added that the occasion was a crowning moment for Mutunga’s decades of innovative scholarship. 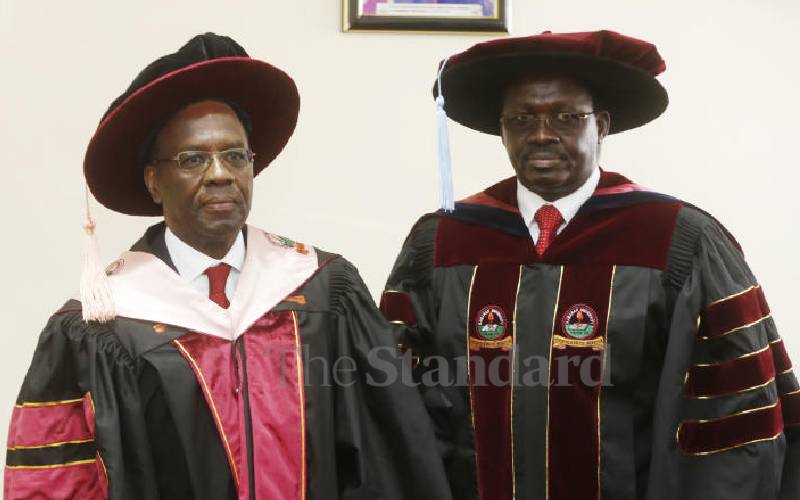 Mutunga on his journey to advocate for social justice
Willy Mutunga rose to become Kenya’s thirteenth Chief Justice who held office between 2011 and 2015.
Education
By Caroline Chebet
4 months ago
.

By Winfrey Owino 3 2 hours ago
Premium CUE: The reasons why we revoked Sakaja's degree

By Jael Musumba 3 4 hours ago
Premium Video: My mother lost her mind after learning that I was an armed robber