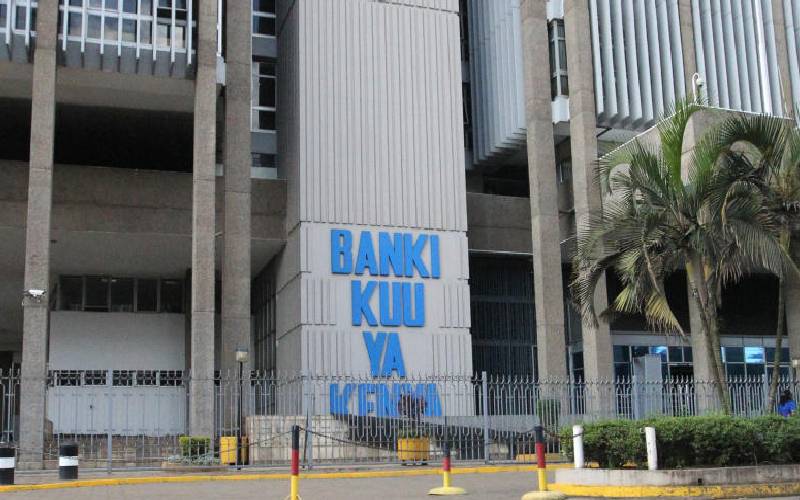 An unknown number of borrowers, including big corporates and politicians, owe collapsed banks Sh79 billion in unpaid loans, new Central Bank of Kenya (CBK) data shows.  This, as depositors of the condemned banks continue to wait for their cash.   The CBK Statistical Bulletin for 2019 indicates that the 17 failed banks still owed depositors close to Sh13.4 billion by the end of 2018, with some of the money going as far back as the early 1990s when the country witnessed massive bank failures.

It was not immediately clear who these borrowers were, but names of powerful politicians and wealthy investors have been unmasked in some of the cases. The Government owed the banks another Sh776 million in Treasury-bills and bonds, bringing the total to Sh83.9 billion. In total, the liquidated banks had close to Sh51.3 billion in liabilities, Sh37.9 billion of which is owed to other banks, according to the CBK data. Interestingly, a good chunk of loans owed to banks declined by 46.4 per cent from Sh70.8 billion by the end of 2017. However, the money owed to the private sector - households and businesses - reduced marginally by Sh316 million in the same period.

About 24 banks have been put under liquidation since the early 1990s when a number of banks collapsed. About nine banks have wound up. They include Allied Credit Ltd (2007), International Finance Ltd (2007), Diners Finance Company Ltd (2008), Trade Finance Ltd (2008), Nairobi Finance Company Ltd (2010), Central Finance Kenya Ltd (2012 September), Inter African Credit Finance Ltd (2012 September). Those which are still under liquidation include Trade Bank, Postbank Credit Ltd, Kenya Finance Bank, Euro Bank, Prudential Building Society and Trust Bank. Dubai Bank was the last bank to be liquidated after being placed under receivership by the financial regulator for flouting recommended cash reserve ratios. It was also unable to meet its financial obligations, including the repayment of Sh48.1 million owed to Bank of Africa Kenya.

During the receivership, CBK found out that the bank had a massive hole due to non-performing loans, including one by failed presidential hopeful Cyrus Jirongo, who owed the lender Sh495 million. Imperial Bank, another lender that was shut down in 2015, is also staring at either liquidation or acquisition. Chase Bank, which was first placed under receivership following a bank run that left it in ruins, was subsequently acquired by the Mauritius-based SBM Bank. Starting this month, depositors will access up to half a million shillings of their deposits in the event of a bank’s failure. This is after the Kenya Deposit Insurance Corporation (KDIC) revised the deposit insurance coverage from Sh100,000, offering huge relief to savers who have struggled to retrieve their cash from failed banks. The Government expects the increased insurance to nudge Kenyans into putting more of their money in banks as the lending sector’s confidence is boosted. With deposit insurance of Sh500,000, Kenya has found its way among countries with the highest coverage in Africa. The new limit translates into more than double the deposits insured by KDIC from eight per cent to 20 per cent that had been in place since 1989. “This culture cannot be sustained when depositors live in fear of losing their hard-earned money,” said National Treasury Cabinet Secretary Ukur Yatani. KDIC Chief Executive Mahmoud Ahmed Mahmoud said last year they have since adopted risk-based premiums, which means that banks taking on higher risks have to pay more premiums. The Sh100,000 limit covered close to 90 per cent of the deposit accounts in the country, according to KDIC. “We need to assure depositors that their deposits and savings are well protected. I would, therefore, challenge all member institutions to ensure that the deposits are prudently invested,” the CEO said. “If you have deposits of Sh500,000, we will pay the deposits within 30 days starting first July 2020,” he added. With risk-based premiums, banks and microlenders will be assessed in accordance with their risk profile as a measure to instil market discipline and avoid problems in the sector. KDIC will also create a strong surveillance unit, which will be automated so that it can create a real-time information sharing platform with the banks and CBK. On surveillance powers, Mahmud said, the agency will rely on inspection reports from CBK. These reports will inform their risk-based premium, where they want to go and even detecting signs of any problem in a bank so that regulators can intervene early. The Government has also mooted new rules, which will see banks required to write wills explaining how their assets will be disposed of in case of failure in their business.

Nowhere to gain for the investors’ billions