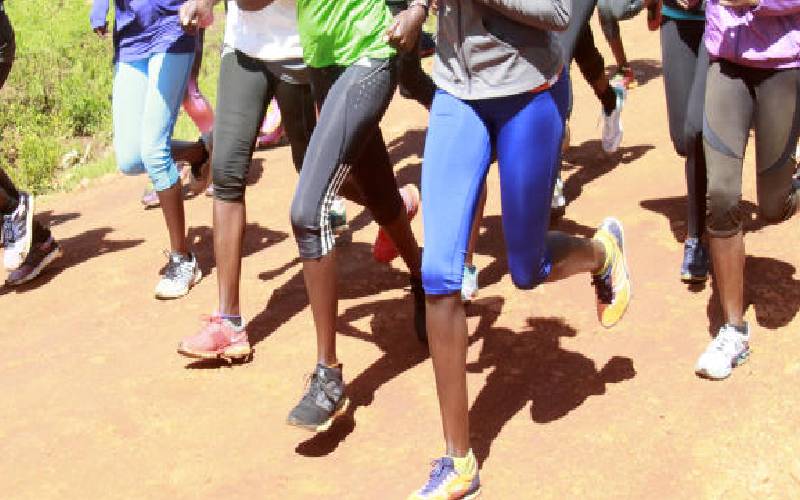 Twelve athletes arrested in Iten, Elgeyo Marakwet County, for training in a group against a government order on social distancing have been freed.

They runners, who included two foreign athletes, were arrested at 5am on Monday and released yesterday after being sensitised on the coronavirus disease by health officials.

Local authorities warned athletes against training in groups, saying doing so not only risks their lives but also those of residents.

Iten is a popular training venue for athletes from around the world because of its high altitude.

The arrest of the 12 came a week after several residents were forced into self-quarantine after coming into contact with 14 athletes from countries that have reported cases of Covid-19.

County police boss John Mwinzi said the athletes were held at Iten Police Station before health officials were called in to sensitise them on the measures being put in place by both the national and county governments to curb the spread of Covid-19.

“We ordered them to stop training in large groups, failure to which they will be arrested and taken into isolation camps,” Mr Mwinzi said.

The county sports minister Anita Kimwatan said the athletes were released after committing, in writing, that they would adhere to measures being taken to combat the viral disease.

“The athletes were found by officials from the department of health while training in a group, and were arrested because they were endangering the lives of Kenyans. We had previously held a meeting with their coaches and other athletes where we agreed all training camps be closed and athletes train individually. Unfortunately, some athletes do not want to adhere to the directives,” Ms Kimwatan said.

Ndingi, a shining beacon of integrity in troubled times

Indeed, you have fought a good fight to the end. You have run the race to the finish. You have kept the faith.

By Osinde Obare | 11 hours ago

Why Milly Wafula, who scored A-, is yet to join university 14yrs after KCSE

By Kennedy Gachuhi | 11 hours ago

By Martin Ndiema | 17 hours ago

By Daniel Chege | 1 day ago