Kenya sent its most elite military unit behind enemy lines to hunt down a man who was listed top on its list of most-wanted terrorists.

Sheikh Ahmed Imaan led the first group of Kenyans in crossing over to Somalia to join the Al-Shabaab terror group, and was its local leader.

The killing in March 2019 of the Kenyan Al-Shabaab leader, who had a Sh332 million bounty on his head, went unreported or under-reported.

He had lived like a ghost, ducking and hiding in the vast grasslands of Somalia.

As war on terror shifts, KDF stays put in Somalia

Women unit out to win hearts and minds

But as the country marks 10 years since the Kenya Defence Forces (KDF) crossed over to Somalia, The Standard has obtained snippets of the country’s most lethal and secretive operations in Somalia, described by one of its operators as being akin to a suicide mission.

Interviews with military, intelligence and security experts have for the first time revealed some of the hidden missions carried by KDF troops that help keep Kenyans safe.

The revelations illustrate how KDF and its allies have, over the past decade, exerted revenge on the masterminds of terror attacks in the country.

Imaan had been declared dead at least four times before a Kenyan special forces unit finally accomplished the mission. He lived in Buale, a town in the state of Jubaland, Somalia, and which alongside Jilib and Jamame are the only major towns in southern Somalia under the control of the extremists.

Buale – also written as Bu’aale or Bu’ale – is the de jure capital of Jubaland and of Middle Juba.

Here, Al-Shabaab militants often carry out executions of those suspected to be spies for the Somali government, Kenyans or Americans.

The town is located about 148 kilometres from Barawe, the coastal town where in 2013, US Navy Seal Team Six, the unit responsible for killing Osama Bin Laden in Pakistan in 2011, was forced to abandon a mission to capture or kill Abdikadar Mohamed Abdikadar.

Popularly known as Ikrima, the terrorist had been linked to the Westgate Mall attack in Nairobi.

With mobile phones and almost all forms of communication equipment banned, Buale had for years proven nearly impenetrable, thus providing a safe haven for Al-Shabaab militants.

But on March 22, 2019, the unexpected happened when a unit from the 30th Special Forces (30SF) was sent to Buale to get Imaan, ending Kenya’s longest manhunt for a terror suspect.

The 30SF is a special forces unit of the Kenya Army. Based in Kabete Barracks, it is one of the country’s elite specialist troops.

The 30SF is cautiously deployed to target senior Al-Shabaab members, mostly through raids carried out under the cover of darkness.

Their kill rate is said to be 100 per cent, and it is often narrated in military circles that they only shoot when they are sure of a kill.

The hit on Imaan is part of a potential model for the future of Kenyan warfare: special operations units partnered with embedded intelligence elements running a network of informants, pinpointing members of violent organisations, and then capturing or killing them.

In March 2019, 30SF was sent to Buale to track down Imaan after the country received intelligence that the Kenyan was travelling for a meeting with other Al-Shabaab commanders.

Those in the know of the operation said the elite unit stayed behind enemy lines for days, waiting for positive confirmation of their target.

Imaan’s convoy was hit in a raid that was quick, risky and deadly, according to sources. Immediately after the assassination, Air Force jets flattened the building where the meeting was to be held.

“Although the attack was very brief and precise, it was as a result of many years of planning and training,” a source told The Standard.

Weeks after the attack, intelligencereports.com, a website that reports on national security and intelligence matters, became the first and only news outlet to try and report the clandestine operation.

The site reported that: “An intelligence assessment by Strategic Intelligence (SI) on a clandestine precision airstrike conducted on the 22nd of March 2019 by an unidentified aircraft, targeting a building complex in Bu’aale town in Middle Juba prefecture of Somalia shows the airstrike may have killed Kenyan-born terrorist and group top commander, Ahmad Iman Ali and over 40 other members of the Al-Qaeda branch in Somalia, Harakat Shabaab Mujahideen.”

Imaan was on a list of five most-wanted terrorists as designated by Kenyan counter-terrorism experts for capture or kill.

The others on the list were Abdulrahman Mohamed alias Gamadere alias Dulyadeen alias Thulyadein alias Kuno, Abdilahi Banatu, Thomas Evans and Abdulrahman Kufungwa, who is the only one yet to be brought to justice.

Kufungwa is the face of Shabaab outfit Jaysh Ayman, which operates within Kenya’s borders.

Most of Jeysh Ayman fighters are from Kufungwa’s home village Bongwe in Msambweni, Kwale County.

Gamadere, a Kenyan national and an ethnic Somali, was the mastermind of the Garissa University terrorist attack in which at least 147 people died, a majority of them being students.

In June 2016, Somali special forces killed Gamadere in a raid carried out at his hideout near Kismayu.

Banatu was believed to be behind the Mpeketoni attacks in Lamu in 2014 in which more than 60 people were killed. Last year, Kenyan special forces hunted him down at his hideout in Boni Forest and killed him.

UK jihadist Thomas Evans was among Al-Shabaab fighters killed in June 2015 in Lamu County when they attacked a military base in the border town of Baure.

Evans’ death was the first reported case of a British Islamist militant being killed on Kenyan soil.

According to sources, the killing of Imaan was the second-most consequential special operation in Somalia after the capture of the port city of Kismayu.

Despite orders for his capture or kill having been issued as early as 2012, for seven years, Imaan seemed to be a step ahead of the troops hunting him down.

He taunted Kenyans with messages calling for jihad on key installations.

His years in hiding had made him paranoid. No one was allowed to carry a mobile phone around him and he only communicated with the outside world via couriers who delivered his messages before they were broadcast on social media.

Imaan was the only Kenyan to be designated as a terrorist by both the United Nations Security Council (UNSC) and the US government.

“Ali is also responsible for Al-Shabaab propaganda targeting the Kenyan government and civilians, such as a July 2017 video in which he issues threats to Muslims serving in Kenya’s security forces.

“In addition to these activities, Ali has at times also served as an Al-Shabaab recruiter, focusing on poor youth in Nairobi slums, as well as a Shabaab fundraiser who utilizes mosques in an effort to secure resources. His overall goal is to destabilize Kenya by threatening, planning, and executing attacks, and to encourage young Muslims to participate in fighting against Kenyan security forces,” the UNSC wrote about him.

Imaan, born in 1973/74, was behind the establishment of terror cells in Kenya, Tanzania, Mozambique, Uganda, Burundi and the Democratic Republic of Congo. He was elevated to lead the Al-Qaeda commination strategy in the region.

Renowned beauty queen, Miss Universe 2018 Catriona Gray who has been on a two-day visit in Kenya has called for more empathy for people with cleft lip

Raila Odinga’s ambitious pledge of transferring Sh6,000 to the poor if he forms the next government will cost taxpayers at least Sh137 billion.

By Patrick Vidija | 4 hours ago

By Mercy Kahenda | 5 hours ago 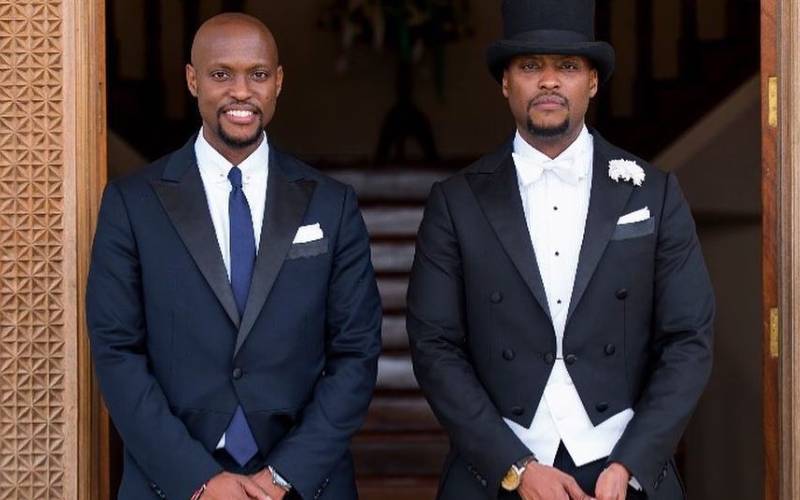 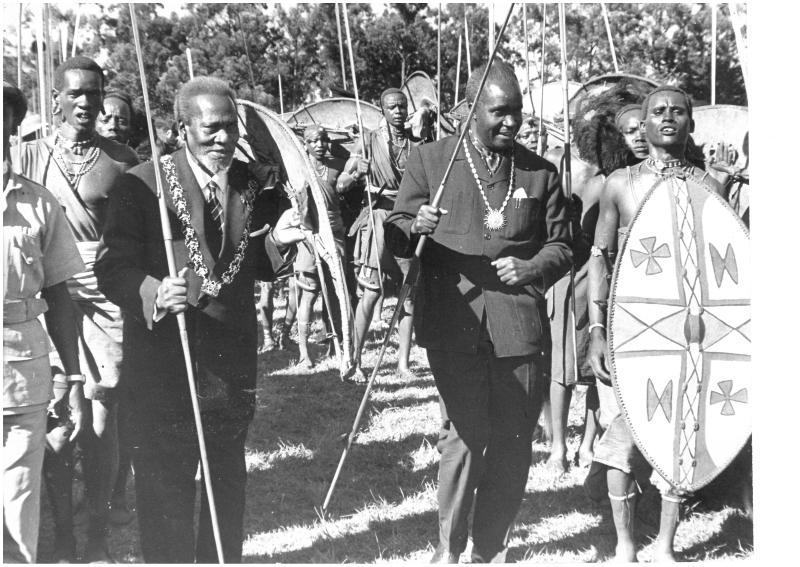 By Amos Kareithi | 13 hours ago