For nature lovers looking for a tranquil site and fresh air not too far away from the capital city, Paradise Lost along Kiambu Road is an attractive option.

However, amid its calm and beauty rage two court battles – something that has now become commonplace among well-off families.

If the Mbuguas were to be weighed on a wealth scale, they are among the few Kenyans who own assets worth billions of shillings. But this wealth has become the bane of discontent in the family.

In one of the cases before a commercial court, three siblings, Daniel Mwangi Mbugua, Isaac Gichia Mbugua and Joseph Mbai Mbugua, attest that they cannot stick together to run a holding company, Ndunde Investments Ltd, left behind by their parents.

Reprieve for motorists as KeNHA plans to dual Kiambu Road

Day in paradise for mums and daughters

The parents, Mbugua Mwangi and Christine Mithiri Mbugua, were by any measure filthy rich. They owned thousands of acres of prime land, including at least 2,475 acres in Laikipia County and more than 165 acres in Kiambu.

They also owned an acre in Karen, another half-acre in Runda, 25 apartments in Kangemi and 260 acres in Kiambu Misarara Farm.

Mwangi died in 1998 while Christine died on April 6, 2017, in Lilavati Hospital and Research Centre, India. She died without a will.

This is the genesis of the vicious court battle. The paradise is now lost in legal wars, with Daniel now telling the court that his lawyer illegally entered a consent with his siblings to dissolve Ndunde Investments without his knowledge.

On March 5, 2019, Daniel who is the eldest son of the patriarch sued Isaac and Joseph over Ndunde Investments.

According to him, sometime on November 27, 2020, his daughter Wanjiru Mwangi went to peruse the court file only to find that her father’s lawyer had entered a consent on September 27, 2020.

“…The consent would appear to be irregular in the following respects. It purports to wind up Ndunde Investments Limited yet I had not in my plaint asked the company to be wound up,” he argues.

“The consent order purports to administer and share out the estate of my mother Christine Mithiri Mbugua who was a shareholder and director in the company yet there were no succession proceedings.”

Daniel argues that the firm cannot be wound up as the assets to be distributed have not be valued to ascertain their worth.

He accused Isaac and Joseph of planning to sell some of the land under Ndunde Investments to Kencom Sacco.

“It is indicated that the liabilities of the company are to be paid by the company yet it is not shown from what assets after it has been distributed to shareholders,” Daniel said.

In their reply, Isaac and Joseph narrate that they, Daniel and their mother, Christine, owned Ndunde Investment. The firm had four directors.

Isaac says that they decided to part ways by dissolving the family company due to the incessant court battles. He argues they agreed to share the wealth equally.

While defending the lawyer, Isaac asserts that the advocate was under instructions to represent their elder sibling Daniel to a fair conclusion of the case.

He argued that their elder brother was involved in negotiations and had not lost anything, as the distribution is equal and in line with the wishes of their mother.

“The issue had been discussed between parties herein and an agreement reached to effect that each shareholder would share 25 per cent of the company assets,” Isaac replied on June 15, 2021.

“Though the plaintiff alleges that he only learned of the consent order 21 days after the same was recorded which is false, he has not availed any evidence to support his allegation thus the burden of proof is on him.”

Justice Okwany ordered that Ndunde assets be subdivided and distributed equally between its four directors – Daniel, Isaac, Joseph and their mother Christine.

She directed that the estate would be distributed in accordance with a succession case filed before the Family Court.

In the consent, which is now at the heart of the case, it was agreed that Christine’s share in the company should be shared equally among her children.

“The company to settle the liabilities of the company if any. Upon the parties’ successful distribution of the assets and paying liabilities, the company will stand dissolved,” ruled Justice Okwany.

The judge set a schedule which each party would get a share of the matriarch’s wealth.

Meanwhile, Daniel is not only pursuing his siblings before the commercial court. He has a separate case filed before the Family Court.

In the case before Asenath Ongeri, he wants the court to compel the four administrators appointed to manage the estate to provide a full inventory of their parents’ assets and liabilities.

Daniel also asked the court to appoint him as a co-administrator, arguing that he would protect the interests of all beneficiaries.

From the court records, the deceased had commercial and residential properties in Nairobi, Mombasa, Malindi and Kilifi.

The administrators have accused Daniel of meddling with their parents’ estate. They claim that he is collecting Sh400,000 per month and is staying in one of the houses without authority.

Justice Ongeri observed that the siblings' battle was so vicious such that they were filing an avalanche of applications, derailing the succession process.

In her ruling dated March 31, 2020, she observed that the four administrators did not appear to be in control of the estate.

“I direct that the administrators file a summons for confirmation within 30 days of this date. The said summons to contain a list of all the assets and liabilities of the Estate and the proposed mode of distribution,” she ruled.

Raila’s plan is to conquer Central Kenya, a region that has perennially voted against him and is seen as gravitating towards DP Ruto

To win war on terror, we must keep our eyes open

A day after the Uganda arrest, Tanzania security agencies killed a Somali national in a shootout outside the French embassy.

By Winfrey Owino | 9 minutes ago

By Jacinta Mutura | 12 minutes ago

Number of unregistered deaths has risen with pandemic, official says

By Jacqueline Muturi | 23 minutes ago

First understand the root causes, impact of gendered political violence to curb it 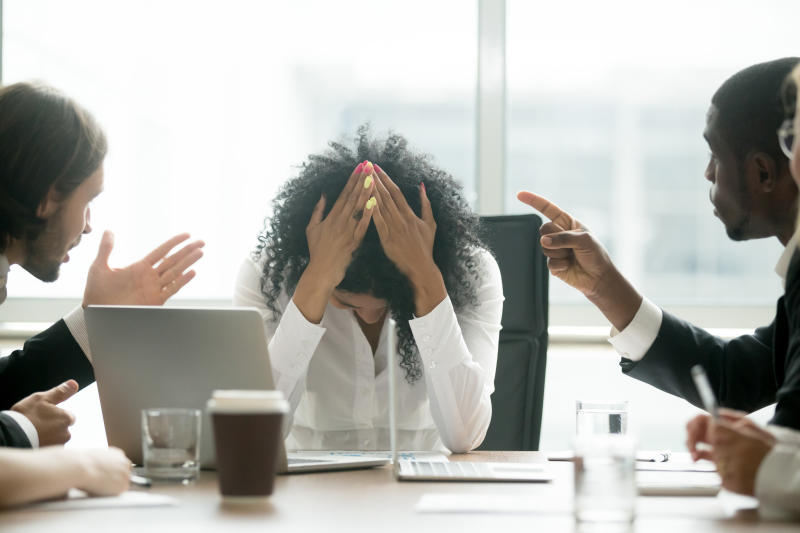 Violence, insults and lack of financial might pushing women away from elective politics
.