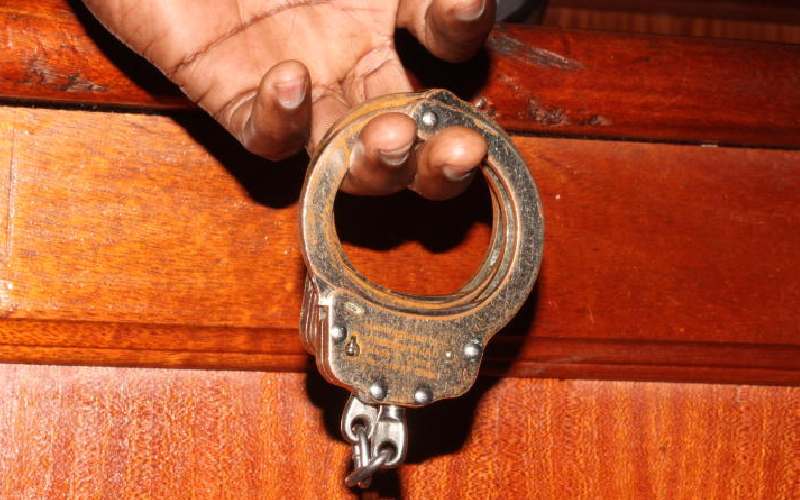 A businessman and his company were on Tuesday charged before a Milimani court with obtaining goods worth more than Sh7 million through false pretenses.

Ndisya Muluu Mutua, his firm Ndisya Trading Ltd, and his wife Fridah Kambua Ndisya, who was not in court, were charged with eight counts of fraudulently obtaining goods from Pembe Flour Mills Limited in Lunga-Lunga, Nairobi.

Ndisya appeared before Senior Principal Magistrate Bernard Ochoi. They were charged that on diverse dates between December 02, 2019 and April 01, 2021 at the mills in Nairobi, they conspired to obtain goods worth Sh6,274,240 from Pembe Flour Mills limited by false pretenses.

They were also charged with presenting cheques worth over Sh1 million to the mills on diverse dates between 2020 and 2021, from a Ndisya bank account with knowledge that it had insufficient funds.

Ndisya was arrested last Friday in Kitui and taken to Nairobi. He was released on a Sh3 million bond or alternatively pay Sh1 million cash bail. His wife was ordered to appear in court on October 26 during the mention of the case, so she can take a plea.

Suspect head-butts a police officer in court, he objected a Ksh. 30,000 cash bail

stadium and a mini State Lodge were 95 percent and 98 percent complete. "All works are expected to be through by Friday.

In the current Financial Year (2021/2022), the 47 counties are collectively receiving Sh370 billion from the National Treasury.

By Fidelis Kabunyi | 1 day ago

Police hunt for man suspected of killing mother in Mwiki

By James Wanzala | 1 day ago

By James Wanzala | 1 day ago

You will pay Sh5,000 for not using city footbridges
;
Feedback