Fact check: Is breastfeeding a form of birth control? 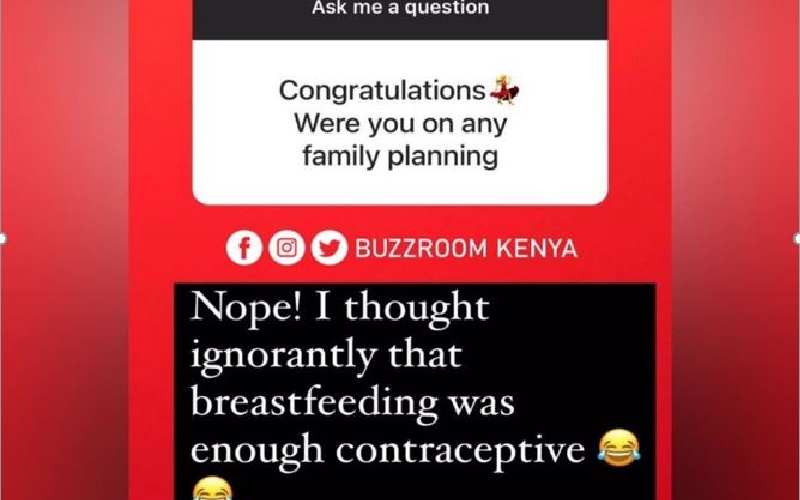 On September 15, socialite Corazon Kwamboka made a claim on social media saying she thought breastfeeding was a form of family planning.

Kwamboka’s claim was made during a Q&A session on Instagram where one of her followers asked her, “Were you on family planning?” to which she responded; “Nope! I thought ignorantly that breastfeeding was enough contraceptive...”

“I became a socialite when I was still in the school of law. I had gone to the studio for a project with Eric Omondi and the photographer there told me I looked good and if he could take a picture of me. He did, posted it on Facebook and later, my friend called me to tell me my picture had gone viral. I don’t regret it really, I’m actually glad it happened the way it did,” Kwamboka said in an interview with the Standard in 2020.

Ministry in plan to fund birth control from State coffers

Debate about breast feeding as a form of birth control

Kwamboka’s response led to a lively debate on her IG account. Her followers joined the conversations on whether breastfeeding is a form of birth control.

When the Fact-Check desk reached out to Kwamboka, she declined to give us a comment. What the experts say

Dr Njoki Fernandes, CEO Kenya Medical Association who is also a consultant Obstetrician/Gynecologist, says for as long as a woman who is in post-partum has not gotten her periods back, she cannot get pregnant.

“Using exclusive breastfeeding as birth control, which means for a period of six months you only feed your baby breastmilk, only works when the menses have not returned. For this to happen, the prolactin levels have to be high to block the normal ovarian hormones from functioning and the menstrual cycle resuming. For some women, this works well with breastfeeding on demand. And their menses stay away until the child is weaned. For others especially if a mother resumes work, the feeding on demand is interrupted and the cycles resume. Also for some unknown reasons, other women resume their cycles after six weeks,” says Dr Fernandes.

Prolactin, which is also known as lactotropin is a protein known for its role in enabling mammal, especially females to produce milk.

Dr Fernandes adds that age does not play a role in how long it takes for a woman to get their menses back after having a baby. She explains that when the prolactin levels are high there is infertility because the ovarian hormones are suppressed.

“There is not specific time set for when a woman should see their menses. Some can get them back in six weeks and for some, it can even take 12 months. Within this period, the woman cannot conceive,” she adds.

Scientific studies conducted by the institute for reproductive health and other organizations that were published on World Alliance For Breastfeeding Action have proven that Lactational Amenorrhea Method (LAM) when used correctly is a safe, effective and convenient way to delay pregnancy.

According to analyzed results based on the study, a woman cannot use LAM when her period returns, when she starts giving her baby other liquids and when the baby is older than six months.

An article by the African Population and Health Research Centre published in 2014 says LAM has become a popular method of family planning mainly because it is natural and with no side effects.

According to a University of Michigan Health System (UMHS) report released on their website in October 2020, breastfeeding can be used as a method of birth control only if the mother follows the following steps:

The report further says that after six months, a woman must use an additional form of birth control even if she is still breastfeeding.

According to healthline.com, breastfeeding reduces a woman’s chances of conceiving only if she is exclusively breastfeeding. The method is reliable for only six months after delivery and for it to work, the woman must feed the baby at least every four hours during the day and every six hours at night, and feed the baby no supplements, meaning the baby consumes nothing else apart from breast milk.

The site also says the method is only effective if a woman has not yet resumed her menses.

However, according to Dr. Moses Obimbo a fertility expert, exclusive breastfeeding for a period of up to six months is a form of birth control.

“Exclusive breastfeeding works. This means that for a period of six months you feed your baby nothing but breastmilk. We have something called Lactational Amenorrhea which is postpartum infertility that prevents one from getting pregnant during this period. The method is however not 100 per cent effective, and we always advice women to get on other forms of birth control as well.

This method is however effective for older because fertility is reduced at their age compared to younger women who are at the peak of their fertility and can easily get pregnant,” Dr. Obimbo explains.

Therefore, the claim that breastfeeding is a form of birth control is partly true.

Women encouraged to breastfeed as World marks Breastfeeding Week in 2021

What you need to know about covid-19 | Debunking the myths

Five Wiper MCAs have been put on the party’s radar over their recent visit to Deputy President William Ruto's Karen residence in Nairobi. 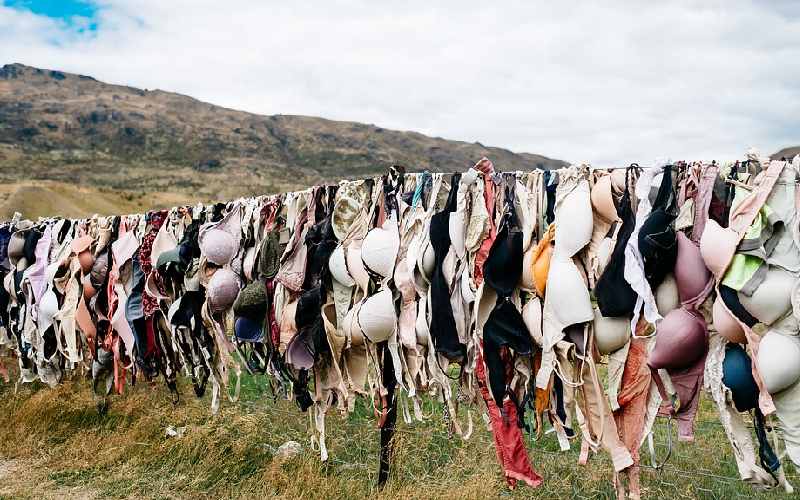 Does No Bra Day carry the weight of the fight against breast cancer?

By Amos Mabinda | 7 days ago

What you should know about Agnes Tirop Charles Njonjo's death reports and why Twitter is a haven for fake news
;
Feedback