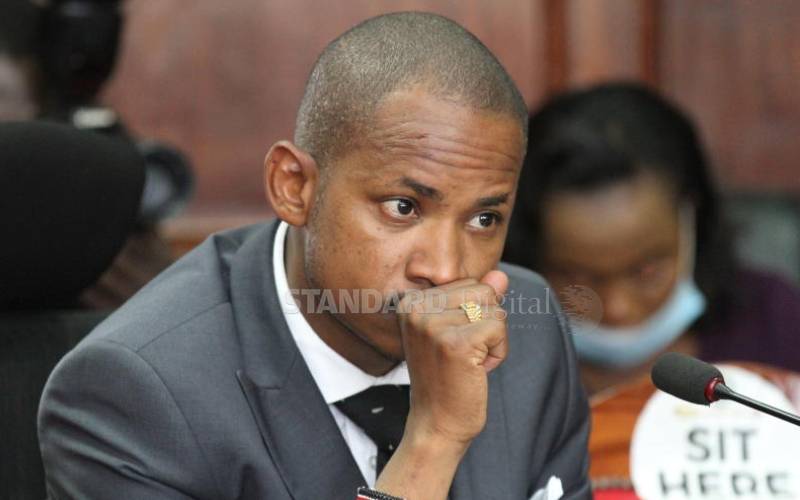 Babu is said to have unlawfully attempted to cause the death of Felix Orinda, aka Dj Evolve by shooting him on the neck.

In the second count, Babu is charged with the offence of behaving disorderly while carrying a firearm.

A call with DJ Evolve’s father amid disturbing rumours

However, on September 24, 2020, lawyer Kenneth Mumbo, on behalf of Evolve, said the family wished to have the case withdrawn.

In the letter addressed to the DPP, the family said it wanted Evolve to focus on his treatment rather than the pending case.

The family said Evolve and Babu had been good friends before the incident.

But Director of Public Prosecutions Noordin Haji sought time to review the application, which included having the victim examined by a psychiatrist to ensure he was in the right mind while making the application.

The DPP objected the application to withdraw the case, saying the Republic is the complainant in criminal cases and has the mandate to charge.

It added, Ünder the victim protection Act, the interest of the victim is paramount and should be distinguished from the victims'wish.

According to the DPP, it is in the public interest that the case proceeds to its logical conclusion.

The defence has in the past stated that it is not proper for the prosecution to always pursue retributive justice as there are alternative forms of dispute resolution.

How Bukusu man won the heart of an American girl

Carey Joy says her marriage to Albert Wanyonyi was ordained in heaven.

By Kennedy Gachuhi | 7 hours ago

By Winfrey Owino | 7 hours ago

By Philip Muasya and Stephen Nzioka | 9 hours ago

By Patrick Vidija and James Omoro | 9 hours ago