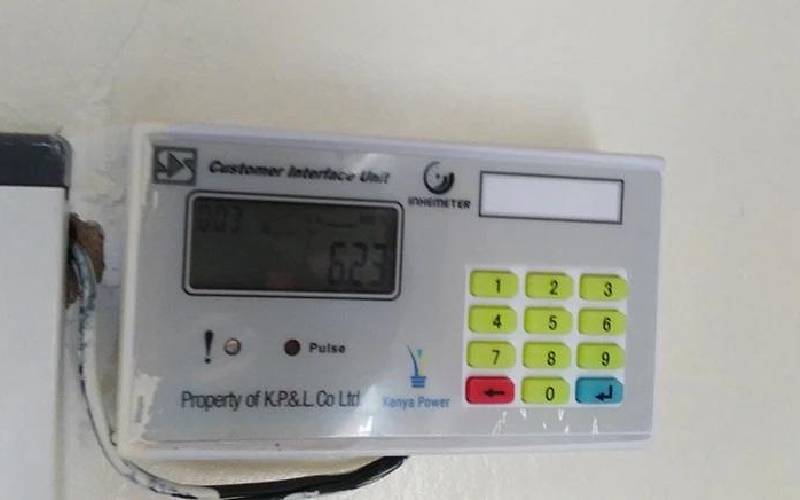 Your electricity bill is set to go up again this month.

This is on account of increasingly relying on costly thermal power producers as the country grapples with a prolonged dry spell that has reduced generation by hydro plants, which are the cheapest source of electricity.

While usually expensive, the cost of thermal power has been exacerbated by the rising price of crude oil.

The bill will also go up due to the depreciation of the local currency against major world currencies in recent months.

In a Kenya Gazette notice yesterday, the Energy and Petroleum Regulatory Authority (Epra) increased the fuel cost charge and the foreign exchange adjustment components of the power bill.

The fuel charge will go up to Sh3.97 per unit (kilowatt hour – kWh) of electricity consumed in October, up from Sh3.88 in September.

The component, which is used in compensating thermal producers for costs incurred in acquiring heavy fuel oil that they use in electricity generation, has consistently gone up from Sh2.92 in May this year.

Epra also increased the foreign exchange fluctuation adjustment to Sh1.04 per kWh, up from 76 cents in September.

“Notice is given that all prices for the electrical energy…will be liable to a fuel energy cost charge of plus 397 Kenya cents per kWh for all meter readings to be taken in October, 2021,” said Epra in the gazette notic.

It said power consumed over the same month would be liable to a “foreign exchange fluctuation adjustment of plus 103.92 cents per kWh”.

The forex charge is meant to cushion power firms against volatility of the Kenya shilling against major world currencies such as the US dollar.

This way, the companies do not have to incur high costs when repaying loans or buying supplies in the international market whenever the shilling weakens.

The shilling has weakened against the US dollar to Sh110.21 on average in September from Sh107.6 in May this year.

Due to an ongoing drought, the country has increased its reliance on thermal power, with the heavy fuel oil plants increasing the amount of electricity they fed the national grid to 625 million units over the seven months to July this year.

This was a 65 per cent increase compared to 378 million units that thermal power plants produced over a similar period in 2020.

Other than the drought, the need for thermal power plants to scale up production has been due to increased demand as the economy starts to recover from the impact of Covid-19.

Government measures to contain the spread of the virus had caused a reduction in power demand.

The review of the two components of the power bill is expected to push the cost of power to well over Sh5,000 a month for households consuming 200 units of power.

As the cost of living spirals out of control amid the ravages of Covid-19, many households are stretching their budgets, especially their spending.

Expenditure by executives and MCAs was strange at a time of global restrictions to contain pandemic as Controller of Budget says high costs are waste.

President Uhuru Kenyatta: How I plan to reduce fuel prices

By Peter Theuri | 42 minutes ago

Nairobi: The city in water

By Patrick Alushula | 16 hours ago

By Frankline Sunday in Kinshasa | 17 hours ago

By Graham Kajilwa | 20 hours ago

Why you should register your small business with government
Feedback