Kenya to engage US in trade meetings in July 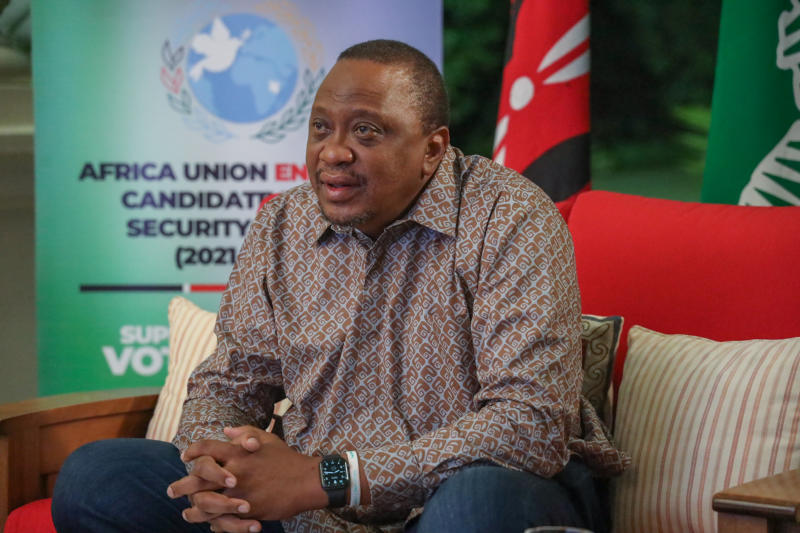 He said the talks, which will lead to the signing of a free trade agreement (FTA) between Kenya and the US, have been designed to kick off on the same day the African Continental Free Trade Area (AfCFTA) comes into effect. “What we agreed is all negotiations will be done as soon as the African Continental Free Trade Area comes into effect in July,” the President said. Uhuru spoke on Friday evening from State House, Nairobi during a virtual leaders’ forum on US-Africa trade, convened by the Corporate Council on Africa (CCA). The American business association was established in 1993 with an objective to promote business and investment between the US and Africa. Ghanaian President Nana Akufo-Addo also addressed the forum whose theme was: “Resiliency in Action: Sustaining Regional and Bilateral Trade Post Covid”. Uhuru told the forum Kenya’s Covid-19 infections would have been higher if the country did not institute robust containment measures.

“We closed our borders, closed schools and prohibited large gatherings, increased testing, contact tracing and quarantine measures in addition to intensifying social distance and other hygiene protocol requirements,” he said. Economy suffered While acknowledging that Covid-19 response measures had helped save lives, the President noted that the interventions had led to negative economic effects. He said the informal sector, tourism and hotel industry, suffered the heaviest burden. Uhuru added that his administration had put in place measures to cushion vulnerable communities and businesses from adverse effects of Covid-19. The President said the health crisis had created an opportunity for Kenya’s manufacturing sector to demonstrate its resourcefulness by producing supplies needed to contain the disease. He said Kenya aims at concluding the FTA with the US ahead of the expiry of the AGOA arrangement in 2025.