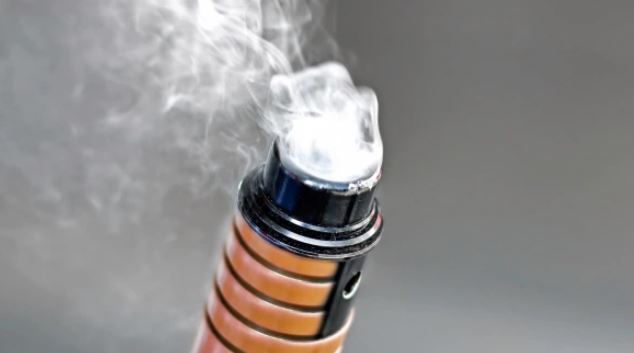 They’re often portrayed as healthier alternatives to cigarettes, but a new study indicates that e-cigarettes may not be as harmless as they seem.

Researchers from Yale University have warned that flavourings and solvents in e-cigarettes may combine to produce toxic chemicals.

Worryingly, these chemicals can irritate the airways, and can even lead to breathing and heart and blood vessel problems.

Professor Sven-Eric Jordt, an author of the study, said: “Our co-author and analytical chemist Dr Hanno Erythropel and colleagues at Yale University found new chemicals in e-liquids and revealed that they are formed when components are mixed by manufacturers.

“We became concerned about the high levels of these new compounds that had not been studied in the past, and decided to conduct toxicological tests.”

In the study, the researchers looked at what happens when the cells that line the airways are exposed to e-cigarette flavourings.

They also looked at the effect of the new chemicals that are formed when these flavourings mix with the solvents in e-cigarettes.

The results revealed that the new chemicals were more toxic than the flavourings or the solvents alone, and activated sensory irritant receptors in nerve endings in the airways, called TRPV1 and TRPA1.

Professor Jordt explained: “Activation of sensory irritant receptors can increase the heart rate and, in predisposed people, can lead to an irregular heartbeat and higher blood pressure.

“It can also increase secretions in the nasal passages and throughout the lungs and airways, leading to coughing and breathing difficulties."

"This is the first demonstration that these new chemicals formed in e-liquids can damage and kill lung cells and probably do this by damaging their metabolism. Although, in some cases, more than 40% of flavour chemicals are converted into new chemicals in e-cigarettes, almost nothing was known about their toxicity until now.”

Based on the findings, the researchers are urging e-cigarette manufacturers to list all the chemicals on their products, including those that form over time.

“Regulators need to be made aware that these compounds can form so that toxicology studies can be initiated to evaluate their safety. They should conduct or fund additional research on the fate of chemicals in e-liquids, and especially their toxicology.

“Once toxicity levels are known, regulators can assess the level of risk to health from e-cigarettes and issue recommendations to manufacturers to reduce concentrations to mitigate risks to acceptable levels.”

Let's not just speak Swahili; let's spread it to all corners of globe
Editorial
By Editorial
30 minutes ago
Premium Raila says no elections without manual voter register
Politics
By Fidelis Kabunyi
1 hour ago
Change the mindset, change the politics and change the economy
Opinion
By Ezer Nguono
2 hours ago
Kenyatta University, KUTRH lock horns over land
Education
By Nathan Ochunge
3 hours ago
.

By James Wanzala 22 days ago
Over 1,000 learners secure training as tech developers