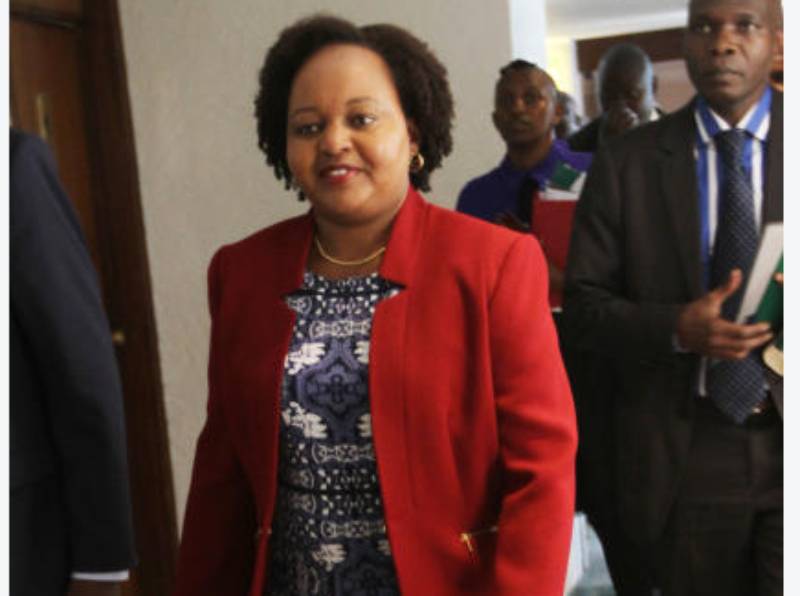 Senate speaker Kenneth Lusaka has dimissed a notice that has been doing rounds on social media regarding a formed 9-member committee to deliberate on the impeachment motion against Kirinyaga Governor Anne Waiguru. The claim is FALSE The widely shared notice highlights 9 senators who will form the committee as follows;

Sen Gideon Moi (Chairperson)
Sen James Orengo (Vice-Chairperson)
Sen Fatuma Dulo
Sen Irungu Kangata
Sen Johnson Sakaja
Sen Ephraim Maina
Sen Mutula Kilonzo Jr
Sen Cleophas Malala
Sen Ledama Ole Kina However according to the Speaker Lusaka in a tweet post, he is yet to be notified of the impeachment that was done at Kirinyaga County Assembly. “I have not yet received any notification from the Kirinyaga County Assembly Speaker regarding the impeachment of Governor, “said Lusaka. Yesterday, 23 out of 33 Members of county assembly in Kirinyaga County voted for the impeachment of the embattled governor, 4 members abstained while 6 were absent. “My office will act accordingly once we receive the communication and documents in evidence of the Assembly proceedings today (June 9, 2020),”added Lusaka.

SEE ALSO: Governor’s ‘Ms Fix It’ in a spot after Senate case

According to the Constitution the process of removing a governor from office is quite detailed. A county governor can be removed from office on grounds of gross violation of the Constitution or any other law, where there are serious reasons for believing that the County governor has committed a crime under national or international law, abuse of office or gross misconduct or physical or mental incapacity to perform the functions of office of County governor. A member of the County assembly notifies the County assembly speaker supported by at least a third of all the members and moves a motion for the removal of the governor. If a motion is supported by at least two thirds of the members of the county assembly, then the speaker of the county assembly informs the speaker of the senate of that resolution within two days. The governor still performs his/her duties as outlined in the constitution pending the outcomes of the proceedings.
Within seven days after the speaker of the Senate receives the notice from the county assembly speaker, he then convenes a meeting of the senate to hear the charges against the governor.

The Senate then appoints a special committee comprising of eleven of its members to investigate the matter.
The whole process of the senate convening a meeting and forming a committee should occur within the seven day period. The 11-member special committee of the Senate is then mandated to investigate the matter and provide a detailed report to the senate within ten days. It should highlight whether it finds proof for the charges the accuser brought against the governor. The governor has the right to appear and to be represented before the committee during the duration of its investigations. If the committee finds no proof, further proceedings do not take place against the allegations facing the governor. If it finds proof, the Senate proceeds to vote on impeachment charges. The vote only takes place after the assurance that the governor receives a fair hearing. If a majority of the senators vote to uphold the impeachment charge, the governor ceases to hold office. If the senators vote to reject the impeachment charge, the Senate speaker should notify the speaker of the respective county assembly.

The same impeachment motion can be re-introduced before the county assembly after three months from the day the Senate votes against the impeachment charges. As it is, the claim that a committee has already been formed to deliberate on the grounds of impeachment of Kirinyaga governor remains false.

When senate made very expensive noise