Africa
Rwanda releases prisoners in a bid to prevent congestions in prisons. 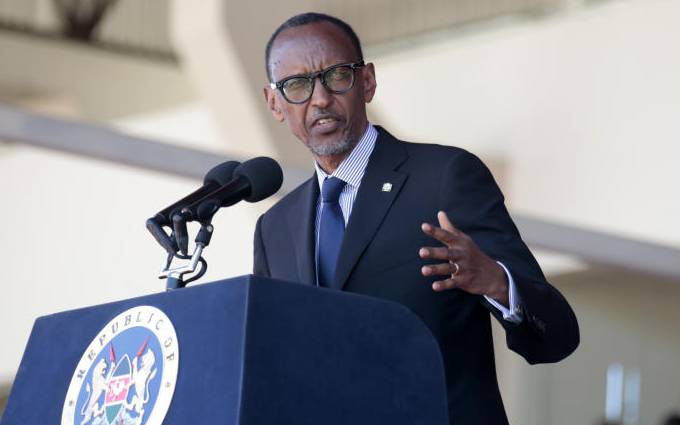 Rwanda has released over 3,500 prisoners among them 50 young women convicts after crafting new measures to fight the coronavirus. A statement released by the Office of Prime Minister reveals that President Paul Kagame (above) sanctioned the move as a way of reducing congestions in the prison facilities and ensuring that the war against the pandemic is won.  “His Excellency the President informed the cabinet of the pardon granted to a convict and collective pardon to 50 young women convicted for abortion. The cabinet also approved a Ministerial order granting the conditional release of 3,596 convicts,” read the statement released on Monday.

According to the Worldmeters, Rwanda has so far registered 297 cases out of which cases have recovered and 94 are active cases. However, the East African country is yet to register Covid-19-related deaths. Kigali administration has stated that previous measures such as the closure of schools and places of worship, bars, gyms and bans on public gathering will continue. Beside these is a restriction on the movement of persons in and outside the country. “Borders will remain closed except for goods and cargo, as well as returning Rwandan citizens and legal residents. All returnees must be subjected to mandatory quarantine in accordance with existing health guidelines at own cost,” reads part of the statement. The new measures introduced which will be reviewed after 15 days include the mass screening and testing which is rolled put countrywide, strict adherence to digital payment and using the protective gear. The government also said that Kigali metropolitan area remains on lockdown till June 1, 2020, and the schools will be reopened in September 2020. It has ordered that funerals to be attended by persons not exceeding 30 and weddings be conducted in the presence of persons not more than 15.