Fresh twists in probe into how Sonko got prime railways land 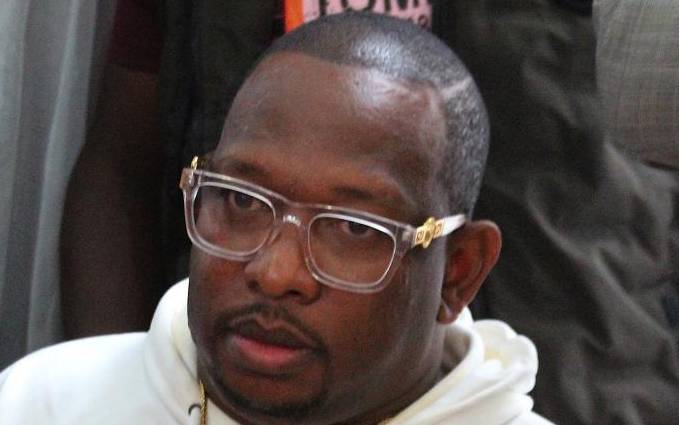 The Kenya Railways Staff Retirement Benefits Scheme has advertised for sale four plots adjacent to the ones Nairobi Governor Mike Sonko (pictured) bought and which have attracted the attention of the Ethics and Anti-Corruption Commission (EACC). The advert in yesterday’s newspapers came in the wake of fresh twists to the Sonko saga after it sucked in a sitting governor from Western Kenya who was an ex-director at the scheme and who allegedly signed off the deal alongside two trustees. In the advert, the scheme announced that they are disposing of Land Reference Number 209/6507, the last four portions of half an acre each located along Matumbato Road, Upper Hill. Sonko had already bought off the first two portions, of half an acre each before EACC flagged the deal.

Serious buyers “The board of trustees have resolved to sell the above properties by way of tendering. Accordingly, seriously interested parties are hereby invited to submit their bids,” the advert read. In the Sonko deal, the agreement was signed between the Kenya Railway Corporation and Trust Pension Services Ltd directors, and a firm known as Primix Enterprises Ltd linked to the governor. Sonko’s wife Primose Mwelu is one of the directors of Primix Enterprises Ltd and signed the deal. EACC is seeking to halt the completion of the sale even as Sonko, who has leased the land since 2017 and commenced its acquisition in 2019, links his woes to politics. Documents show three declarations had been made by Kenya Railways Staff Retirement Benefits Scheme Estate manager Carolyne Nyororo and KRC’s Estate Manager Salome Munubi (ex-NLC Director Valuation facing graft cases), to the effect that the certificate of the title of LR 209/6507 had been lost or misplaced.

On April 11, 2008, the Registrar of Titles Nairobi, JW Kamuyu, issued a notice in the Kenya Gazette to the effect that the title was lost. In 2009, the same piece of land had been transferred to a company, Rajkosmag Company Ltd, which paid Sh16.5 million. The documents do not detail how it was reverted back to KRC. Likewise, in May 2012, Erdemann Property Limited had laid claim to a number of properties owned by KRC and the KRRBS, including the land in question. Orders were issued to that effect, stopping KRC and the scheme from transacting on the property. “EACC’s focus is on establishing the source of the money he (Sonko) paid for the land. If he is found to have acquired the money illegally then, yes, he might lose it,” said an officer aware of the probe. Tender documents “If not, EACC would have to establish that the sale was marred with irregularities. We are seeking to establish whether the governor, who was a director at the time, had resigned.”

EACC Chief Executive Officer Twalib Mbarak had written to the acting CEO of the scheme, Victoria Mulwa, to provide at least eight sets of documents by May 6. “We hereby also invite your Ag. CEO for an interview and statement recording on the same date,” wrote Mbarak to Mulwa who was also grilled on the same day. The commission demanded tender documents, minutes of the tender committee, sale agreements, payment documents, approved subdivision and the main title deed. The two parcels sold to the governor are adjacent to each other and were excised from LR No 209-6507 measuring 0.7415 acres and 0.5003 acres respectively. For the first property, Sonko was to pay Sh298 million and paid partially Sh26.6 million before the execution of the contract and a further Sh60 million, a week after the signing agreement.

The governor secured the second parcel at Sh200.5 million and paid Sh18 million before signing the contract and a further Sh40 million in a week, totaling Sh144.6 million as the initial instalment. He was expected to clear the balance of Sh353.9 million in 90 days upon receipt of “completion documents”. The Corporate and Trust Pension Services Limited had not provided the documents to Sonko at the time they left office. In a letter dated April 29, Mbarak initially wrote to KRC MD Philip Mainga to stop the deal, saying it was under probe. “I want to state that the EACC is yet to contact me or my lawyers in its quest to find the truth about the transaction if indeed there is an ongoing inquiry. I have nothing to hide and will gladly provide any documents required by the EACC should they ask me to do so,” Sonko said in a statement last Tuesday. He said he has occupied the property since May 22, 2017 when he entered into an agreement to lease it for use as office space. James Kanyeki, a current elected trustee of the scheme, blames the former trustees for failure to provide documents to the governor to complete the sale process and a loss of Sh21 million for the retirees.

More than 11,000 Kenya Railways retirees have 10-month arrears despite the scheme owning property worth more than Sh30 billion spread across the country.