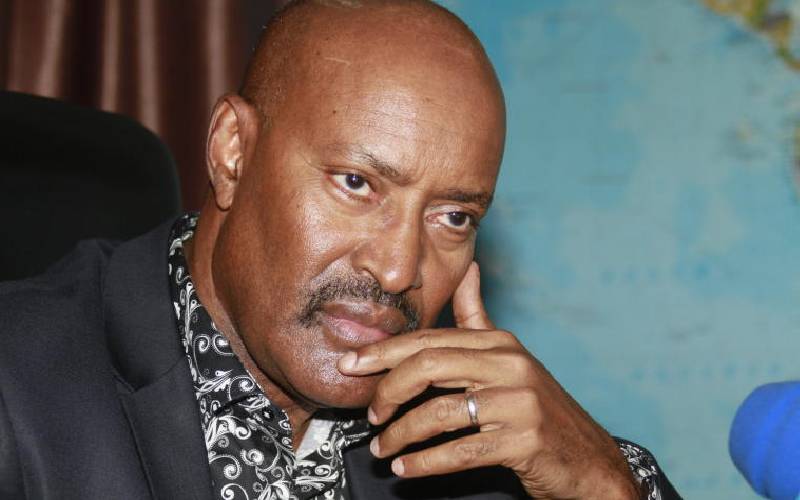 Coronavirus pandemic has ruined Labour Day celebrations as hopes of pay rise are replaced with job losses and pay cuts. Several workers globally are struggling after their livelihoods were destroyed by the impact of Covid-19 on the economy as a result of lockdown in various countries to control the spread of the disease. In the country, the annual celebrations have been used by workers to push for minimum wage increment. Yesterday, workers’ union officials reckoned that the economy was in bad shape owing to the disease that has effectively reduced working hours.

The workers’ day comes as several employees in the formal and informal sector have lost their jobs while thousands others have been asked to take pay cuts due to decline in revenues. Cotu Secretary General Francis Atwoli described the day as extraordinary as there would be no talks about pay increment for workers. Atwoli, however, said the union had asked employers not to sack employees during the pandemic, and instead send them on leave during the period. “No one should talk of pay cuts and job losses. We have agreed with government and employers that there should be no pay cuts and no employee should be sacked,” he said. He added: “To ensure no worker loses his or her job, we have asked employers to allow their workers to take leave. We expect things to normalise and employers should be willing to take back their employees so that in the Kenyan spirit of working hard, they work to recover what the companies lost.” Atwoli said the union was expecting an annual wage increment of 22 per cent during today’s celebrations. “I have been in the labour movement for 53 years and there is no incidence where an international celebration like Labour Day has not been celebrated. Even during times of political misunderstanding,” he added. Kenya County Government Workers Union (KCGWU) General Secretary Roba Duba (pictured) said workers had to understand the difficult circumstances occasioned by the disease.

SEE ALSO: When coronavirus robs you of your sense of smell

Make sacrifices Mr Duba said focus would now be on how to defeat the pandemic by supporting government initiatives on the same. “We are at war with Covid-19. What we all need now is to defeat the disease that has threatened our lives before we can talk about other things,” he said. “But this does not mean that we have waived on our rights as workers. Our rights for better pay remain; it is only that we cannot demand for the rights at this particular time. We want to ask our members to understand the context,” he added. Kuppet Secretary-General Akelo Misori described this year’s Labour Day as unique since workers will not mark it with celebrations.

Mr Misori said the pandemic had destabilised the economy and affected workers in unprecedented ways. “Covid-19 has exerted unprecedented disruptions on the labour market, the main source of income and livelihood for millions of Kenyans. Education programmes have all but ground to a halt,” he said. The union said it would remain in the forefront in supporting measures put in place by the government to contain the disease. “The union reaffirms the commitment of the teaching fraternity – including head-teachers and principals, the entire force and the unions – to help the government achieve its goal of minimising the damage of Covid-19 to national health, livelihoods and the country’s economy,” added Misori. The Kuppet Secretary General urged the government to consider stimulus package for private schools to help them stay afloat during the pandemic. National Assembly Labour and Social Welfare Committee chairman Ali Wario pleaded with employers not to be quick to send home employees.

Mr Wario said it was insensitive of employers to fire employees during this pandemic, saying it was time for companies to make sacrifices for their workers. “Companies should not use this pandemic to abuse rights of their workers. These are people who have worked for these companies and brought them huge profits,” said the Bura MP. “The employers need to appreciate the sacrifices these employees have made to ensure they make profit. It is time companies also sacrificed,” he added. Kenya Union of Journalists Secretary General Erick Oduor said they were working to ensure members enjoyed full benefits once companies begin to make profit after the pandemic. “We are in an unprecedented situation. The pandemic has affected the economy globally and most employers are asking their employees to take pay cuts as a way of dealing with revenue shortfalls,” said Mr Oduor.

SEE ALSO: When pain can be eased by drinking enough water

“As workers, we want to believe and hope that once the pandemic is over and companies begin to make profit they will consider rewarding their employees,” he added.

This is mere witch-hunt- Sonko