Africa lags behind in trading within its borders 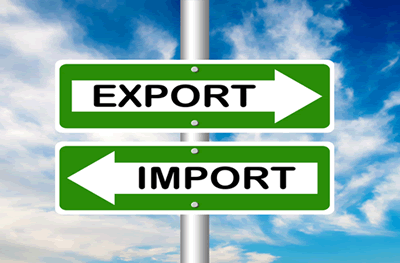 The region is followed by Europe which is the country’s second-leading export destination with 25.4 per cent of the total exports at Sh151.3 billion.

The data carves a sculpture of the sprouting fruits of the efforts put in place by the East African Community (EAC) treaty which aims to accelerate economic integration and political development of the 6 partner states.

The community has for decades now been working on a system that will facilitate the achievement of the monetary union (having a single currency in the community) and ultimately a political federation of East African countries.

All these steps together with the customs union and common market which have already been established will see that economies of trade are achieved, command respect and a stronger voice in the world community and improve social interactions between states.

Horticulture, tea, apparel and clothing accessories, coffee, iron and steel, remained the leading export earners, collectively accounting for 59 per cent of the total value of domestic exports in Kenya.

However, the inverse scenario is different. “Asia was the main source of imports in 2019, accounting for 63.8 per cent of the total value of imports, with China, India, United Arab Emirates (UAE), Japan and Saudi Arabia being the main sources of imports from the region,” reads the report.

Major import in the country in 2019 were petroleum products, industrial machinery, iron and steel, road motor vehicles, plastics in primary and non-primary form and pharmaceutical products, which collectively accounted for 49.5 per cent of the total import bill.

The disparity in imports and exports in Kenya states is the leading cause of poverty and social inequality as the country exports raw materials and imports consumer goods. According to experts, Kenya and the African continent needs to be ready to implement bold policies geared towards locally processing raw materials. Such a move will generate increased wealth, create employment opportunities and boost investments in the infrastructure sector-a major driver of growth.

Africa records the highest export dependency on the rest of the world with a share of exports ranging from 80 per cent to 90 in almost two decades. Even though the continent has modelled structure to boost intra-African trade, little progress is being made as only 16.6 per cent of total exports circulate within the continent as of 2017 compared to 68.1 in Europe and 59.4 in Asia.

According to the United Nations Conference on Trade and Development (UNCTD) the continents intra-African trade stands at 2 per cent compared to 47 per cent in America and 61 per cent in Asia. For most experts, the key to Africa liberating itself economically lies in the ability to efficiently trade within the continent’s borders and not depend on the global market.

Results of a model by the Economic Commission for Africa (ECA) show that the African Continental Free Trade Area (AFCFTA) will act as a game-changer by increasing the value of intra- African exports and overall trade.

AFCFTA through the sole removal of tariffs on goods will see the value of intra-African trade increase by 15 per cent (Sh5.3 trillion) and 25 per cent ( Sh7.5 trillion). The share of trade within the continent is set to increase by almost 40 per cent to over 50 per cent depending on the ambition of states between the start (2020) and implementation of the reform in 2040.

Even though the overall trade between Kenya and other African countries is still low, data shows that there has been an increase in intra-African exports in the past two decades by 7 per cent.

A blend of insufficient structures to support the trade and limited infrastructure for consumer goods limits the ability African countries have to be largely independent of the global market. However low the numbers, trading blocs such as Common Market for Eastern and Southern Africa (COMESA) and EAC will play a vital role in shaping the future of trade in the continent.