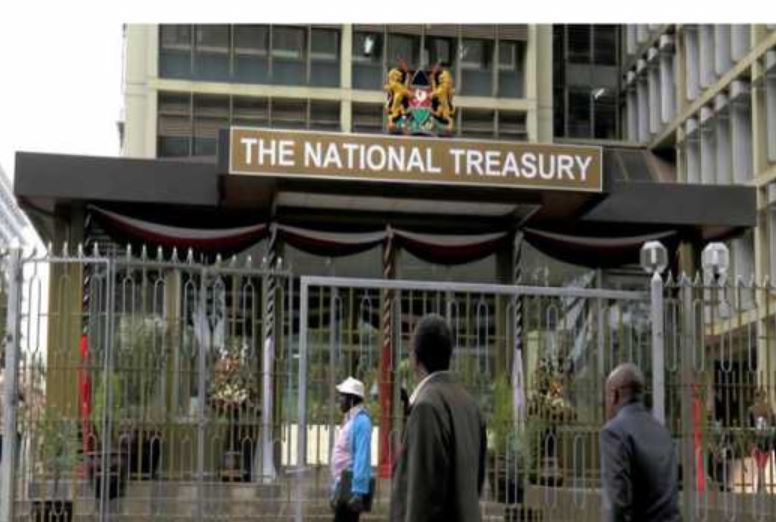 If money could be extracted from stones, the National Treasury would have been the first to achieve this feat.

And if there are people who will be accused of running away from Africa’s most cherished gesture of hospitality, offering a cup of tea for each visitor, Kenya’s government will be among the first culprits.

Africans run out of money, but they don’t run out of warmth and generosity.

‘The little that we have we share,” is a saying that is written in every African’s heart.

But these are not the ways of Western ideology, such as that of the International Monetary Fund (IMF) - a Washington-based financial institution whose role is to maintain the stability of the global financial system.

The IMF team will be in town early next year to assess whether Kenya has tamed its debt appetite and sharpened its tax collection tools.

It is already happy that the country has removed interest rate controls, one of its key demands in its previous meetings with Treasury technocrats.

So far, the Kenyan government has endeavoured to live to the IMF’s expectations.

In the next few months, ministries, departments, and state agencies will not share the little nor the abundant they will have made.

They will want to turn you upside down for any coin in your pocket, but they will not be courteous enough to offer you a cup of tea when you visit.

Avarice and selfishness are the two vices the government needs to tame to narrow the gap between what it spends and what it earns, otherwise known as the budget deficit.

This deficit has been expanding annually, putting the country’s financial position in a mess.

For sometimes now, the government has been running a bloated budget - spending more than what it earns.

The result has been excessive borrowing to plug the budget deficit.

This has consequently seen public debt rise to Sh6 trillion in August, or 62 per cent of the country’s total output - the Gross Domestic Product (GDP).

To cure this, and forestall a financial crisis, Treasury has been aggressive in revenue mobilisation in what is aimed at reducing its debt appetite.

The Exchequer has also had to cut some spendings by State corporations, with the acting Cabinet Secretary for National Treasury Ukur Yatani warning that this would be “painful,” since it has had no other option.

Lately, Treasury mandarins have been scraping for cash from all sorts of places to shore up their dwindling coffers, with Mr Yatani’s office pushing the Kenya Revenue Authority (KRA) to its wits’ end in a bid to mobilise close to Sh1.8 trillion in taxes to finance a bloated budget of Sh3.13 trillion.

The taxman’s investigating agencies and legal departments have never been busier, hoping to net Sh300 billion from over 1,000 cases.

Feeling the heat, the taxman has also gone ahead to implement the second phase of the Electronic Goods Management System (EGMS) despite a pending case against it in the Court of Appeal.

Now, Treasury officials have turned their guns on non-tax revenues such as State corporations’ surplus funds, interests and dividends.

Already, they have identified Sh78 billion worth of savings and surplus funds, which they want to take away from State agencies, with Yatani insisting that the corporations have been illegally holding on to taxpayer’s money. Treasury is reported to have received close to half of this money already.

In the 2018/19 financial year, Treasury received an estimated Sh8.9 billion in surplus funds from regulatory authorities.

This is geared at increasing this source of revenue tenfold.

And President Uhuru Kenyatta, who is keen to see his Big Four agenda take shape, is not satisfied.

He has since directed that all State corporations to immediately cease trading in Treasury Bills, government short-term security, and liquidate any surplus funds they might have invested in debt.

Head of Public Service Joseph Kinyua in a letter to Yatani emphasised President Kenyatta’s directives, including the immediate stoppage of State corporations to trade in Treasury Bills and expeditious payment of all pending bills.

“Pursuant to directives to furnish my office with reports on the progress made to comply by all affected State corporations, please note that the government has committed to complete these payments by November 30, 2019. I urge everyone involved to take necessary measures to meet the deadline,” said Mr Kinyua.

Besides implementing austerity measures on office expenditure, which will see the University of Nairobi suspend funding for tea, snacks, water and personal expenditure using university resources, “any surplus funds invested in Treasury Bills and any other investment must be liquidated and submitted to National Treasury,” according to the acting Vice-Chancellor Prof Isaac Mbeche.

“Any surplus funds invested in Treasury Bills by any college or any other form of investment must be liquidated and submitted to the National Treasury on or before November 15, 2019,” said Mr Mbeche in a letter to all deputy vice-chancellors and college heads.

It is not yet clear how much Treasury hopes to collect from the liquidation of State Corporations’ Treasury Bills, but as of September this year, parastatals had pumped around Sh202 billion into government papers - both short-term and long-term.

However, several funds have in recent times been established with investments in government papers listed as one of their main sources of funds.

It will be interesting to see how the needs of these funds will be reconciled with the latest directive.

Treasury is also combing through its long list of equity investments, albeit most of them are loss-making, from where it has sought to receive dividends running into Sh27 billion.

Yatani is also looking for Sh78 billion worth of surplus funds from State corporations, which would bring to Sh280 billion all money that the government might raise from non-tax revenue that had not been factored in the budget estimates.

But the government is not just seeking to raise more money; president Kenyatta’s administration also wants to spend less.

Afternoon tea, snacks, water, per diems, adverts, training, among other non-essential spending items, are being rationed. They have been slashed by half.

Budget for critical institutions such as Judiciary has been slashed by Sh3 billion as part of the austerity measures. Parliament’s Constituency Development Fund (CDF) has for its part lost Sh4.89 billion.

However, the overall budget has gone up by Sh86 billion, with most of the cash going towards Universal Health Care (UHC).

Treasury hopes to cover this with the money it is scraping from State agencies. But with the KRA missing its target for the first quarter, it is going to be an uphill task.

The supplementary budget has increased the original budget by Sh80.1 billion, even as the overall revenue for the current financial year is expected to decline by Sh31.7 billion, according to an analysis by investment firm Genghis Capital.

“We estimate this will result in a financing gap of Sh92.1 billion, increasing the fiscal deficit to Sh753 billion from an earlier estimate of Sh634 billion. It is unclear at this point how this deficit will be plugged,” said Genghis Capital in a topical note on the first supplementary budget.

Treasury has also tightened the rules on external financing of projects as it seeks to ensure that there is value for money in all the projects undertaken by State entities.

The Public Investment Management Office has since been set up to look into all projects that State agencies get into.

Moreover, Treasury is working on a new debt policy whose effect, if enacted seven years ago, would have ensured that some mega projects that have consumed a lot of cash did not see the light of day.

“The gestation period of the candidate project – i.e the time it takes for the project to start producing its outputs, outcome, or impact – should be shorter than or equal to the grace period of the loan,” reads part of the draft Debt Policy and Borrowing Framework.

Commercial borrowing will not be used to finance social projects, according to the new policy.

But why exactly is the government doing all this? Well, after all these austerity measures, Kenya now has an opportunity to hold talks with the International Monetary Fund (IMF) on the new precautionary stand-by arrangement (SBA) early next year.

The revelation by the Washington-based lender comes at a time when Kenya has aggressively been carrying out reforms aimed at reducing its budget deficit.

Besides announcing a raft of austerity measures, the government has also repealed interest rate controls, in what is aimed at winning over the IMF.

Experts have been quick to detect desperation by Kenya to get into IMF’s good books after it fell out with the global lender in June 2017 following a streak of fiscal indiscipline that saw debt levels surge to unsustainable levels.

Kenya requested for extension of the facility as it embarked on several reforms, but the arrangement amounting to $989 million (Sh100 billion) that the country had with the global lender expired in September last year.

Although Kenya had not drawn from the precautionary facility, analysts insisted the country would have it rough in the international market without it.

SBA is a precautionary credit facility, sort of like an insurance cover, that a country can draw from in case of an exogenous attack such as drought, hike in global prices of oil, or changes in the international financial market.

By Dominic Omondi 2 days ago
Premium Charles Muchene: The highs and lows of chairing EABL board