Kipchoge boys club full of confidence their man will do it

No soul under the sun can match – with precision and class – the hard work and determination Eliud Kipchoge summoned in his rise to stardom.

Today, Kipchoge brings the four corners of the planet to a standstill when he takes The Prater Hauptallee, a 4.3km stretch in Austrian capital described as ‘green lung of Vienna.’

Kipchoge’s assignment is the small matter of running 42km in under two hours. All he needs to do today is stop the clock at 1:59:59 and hooray! he will have accomplished one giant leap for mankind – much in the same way Neil Armstrong, Edwin Aldrin and Michael Collins did when they landed on the moon on July 20, 1969.

In his own words, the 34-year-old marathon record holder said: “It’s like stepping on the moon, going up the tallest mountain and even going to the middle of the ocean.”

When challenged on the possibility of achieving the feat, Kipchoge simply said: “I have no doubts at all.”

Such is the Olympic champion’s conviction that he has got the world moving rhythmically with him, especially when he made the challenge as one for humanity.

“I am already a record holder for marathon... I think I have done that. This is for the human family,” Kipchoge, who set the world record of 2:01.39 in Berlin, Germany, told Reuters on August 14.

As a young boy, Kipchoge’s athletism could not go unnoticed. His peers say he loved running a lot.

“He grew up with us. He played volleyball like us here. He did it partially in school and after schooling when he operated his sister’s shop here,” said Eliud Basi, Kipchoge’s age mate.

William Sang, another age mate, described Kipchoge as “one of the most hard working people in our generation.”

“Kipchoge is a hard working and dedicated man. Imagine from buying and transporting milk using a bicycle to becoming the greatest sportsman in the world? He had huge hopes in life,” said Sang.

“He was a quiet and humble boy. He loved running to and from school. We never expected him to become a good athlete. He showed little love for sports but was always optimistic.”

Kennedy Kiplimo, who underwent the Nandi circumcision rites with Kipchoge, said the world marathon record holder is a brave and determined man.

“I schooled with Kipchoge at Kapsisiywa Primary School. While running home during lunch hour, he was number one and I was number two. I never knew he could become such a big man in the world of athletics,” Kiplimo said.

“We played volleyball together. I am happy money never changed him. We still relate well despite the change in the status of his life. I know him and I am certain he will run 1:58.” 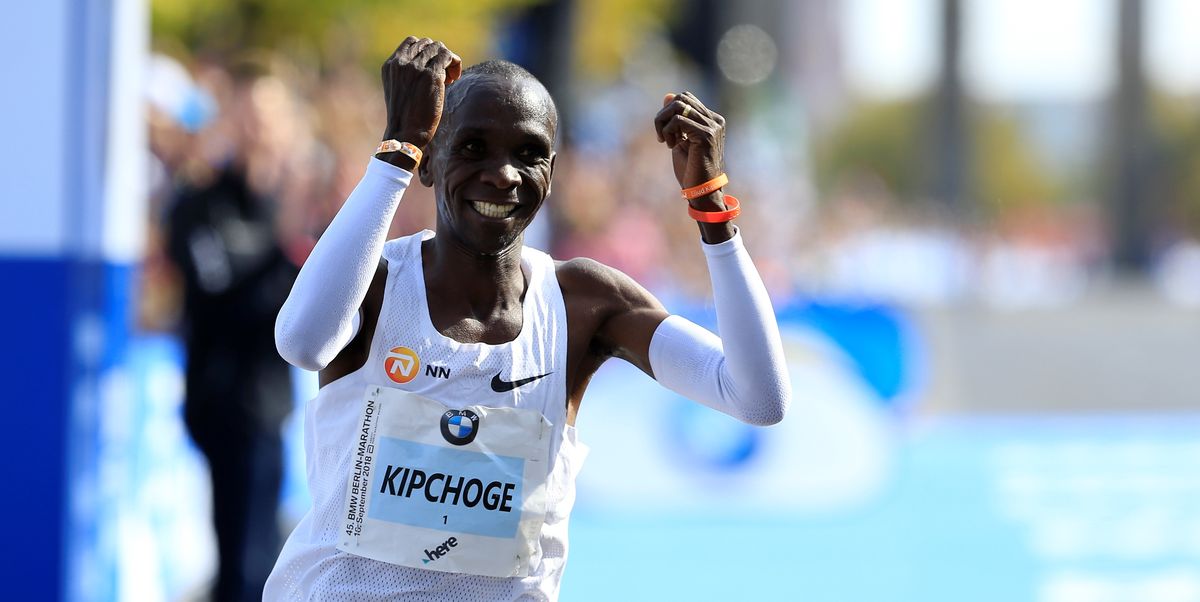 David Meli, his Talai clansman, said Kipchoge was soft spoken and did not talk much.

“He loved running so much and it’s like athletics was within him. He is very organised in what he does. His books were neat and he planned his time well. Kipchoge is someone you cannot underrate in terms of athletics. I believe he can inspire the three billion people in the world.”

Meli said Kipchoge’s motivation for the Ineos 1:59 Challenge will inspire the youth.

“I have known Kipchoge for many years. He is a good strategist. He loved running and is dedicated to his job,” Meli said.

He said Kipchoge has a strong physical and mental strength.

Kipchoge concurs with him. “When you treat yourself as the best competitor, there is no need to worry.”

Kipchoge loves smiling in the final stages of his marathon races: “If you smile, that is how you ignite happiness and that makes you get through your pain and enjoy the sport. I don’t have fear in life, I treat everything as it comes.”

Wilson Sugut, his elder brother, said Kipchoge believes strongly in discipline and focus. “As a young boy, he always kept his word. He started training here, running along the tea farms and we never took him serious,” he said.

For Jackson Kiprop, a neighbour, Kipchoge is a tough athlete. “What helps him excel is that he’s a Christian.

He is God-fearing and respects his parents. He listens to elders in this community,” he said. Mark Chesereti, another neighbour, said Kipchoge hates disappointment.

“He is a guy you can believe in. He is ready to make history. As a village, we are certain that he can do it. This is the defining moment for him. Watch him out,” he said.

Sylvester Korir, another age mate, said: “As a young boy, Kipchoge loved running with old tyres on the roads. He could run with very fast with a tyre.”

Luke Ng’etich, who like Kiplimo underwent circumcision rites with Kipchoge and is now the head teacher of Kapsisiywa Primary School, said they could make toy cars using twigs with Kipchoge during their childhood.