The development is the latest headache for the largest telecommunications firm in Uganda after three senior executives were deported last month, accused of planning to compromise national security.

Police spokesman Fred Enanga told Reuters Wim Vanhelleputte had been deported and was “destined for Belgium around midnight (Thursday) over ... circumstances of national security.” 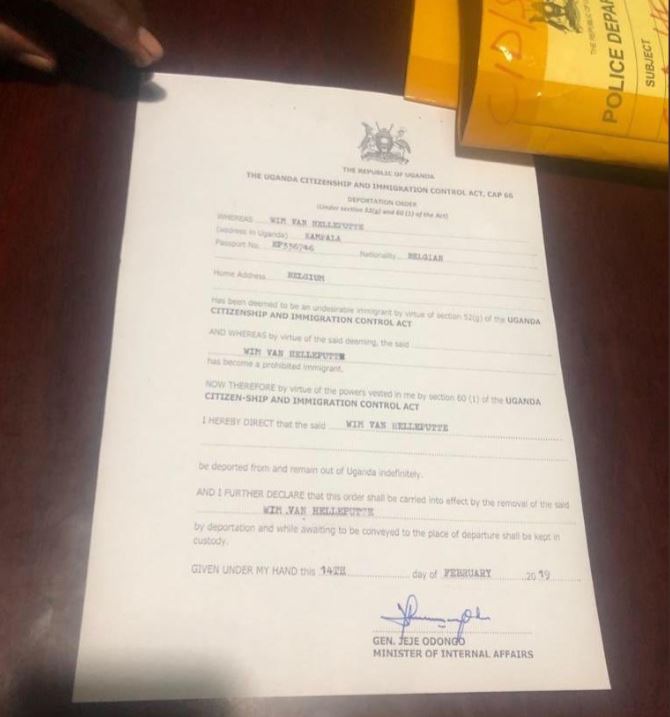 MTN Uganda said on its Twitter account it was trying to find out why Vanhelleputte had been deported, as this had not been communicated to them.

“We are understandably concerned about these developments and are engaging with the authorities to seek understanding that would lead us to resolving this matter,” it said.

MTN Uganda said it had also appointed Gordian Kyomukama, its chief technology officer, to act as its chief executive.

To ensure business continuity, we have appointed Mr. Gordian Kyomukama, currently Chief Technology Officer, as Acting Chief Executive. Our focus continues to be on delivering the best quality products and services to our customers. @MTNGroup — MTN Uganda (@mtnug) February 15, 2019

With more than 10 million subscribers, MTN Uganda is the country’s largest telecommunications firm and competes chiefly with a local unit of India’s Bharti Airtel.

MTN Uganda has been under pressure from authorities to list shares on the local bourse and it is also involved in lengthy negotiations with the authorities over renewal of its operating licence, which expired last year after a 20-year period.

In late January, President Yoweri Museveni repeated the call for MTN Uganda to list to allow domestic ownership of the company and ensure more of the money it earns stays in the country.