How Kenya is exposing itself to the 'oil curse' 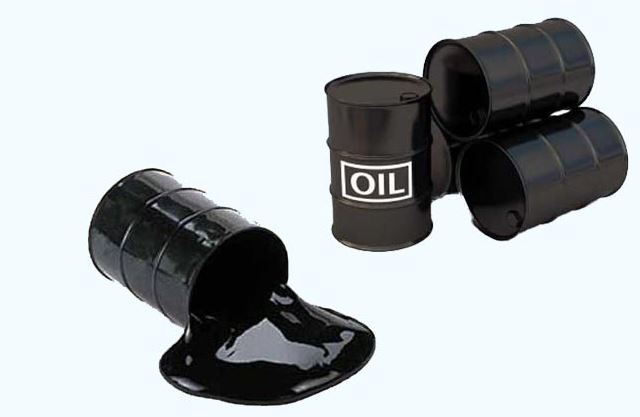 Kenya, it appears, has not learnt from its peers that have made wild success of their natural resources. Or those that have made miserable failures even as it prepares to start commercial production of oil by 2022.

This is going by events that have happened over the last two weeks in Lokichar, Turkana County. And while the dust may have temporarily settled and the trucking of crude oil expected to resume by Wednesday, it is emerging that the lack of enabling law and failure by Government to adequately address community concerns could affect shipping of the commodity to the Coast.

The State has also failed to manage expectations of residents that oil money is not immediate. These are among ingredients of a potentially lethal broth that could plunge Kenya into chaos over oil even before the country ascends into the oil producers’ club.

The events point to a country that could slowly be veering off course and starting to go down the dreaded path that has seen many a country fail to benefit from natural resources due to unresolved issues over oil wealth that erupt into major conflicts.

Petroleum and Mining Cabinet Secretary John Munyes conceded as much, even as he made attempts to quell opposition to the implementation of the Early Oil Pilot Scheme (EOPS). The CS, who played a critical role in calming the people and their leaders, expects the trucking to resume Wednesday following an agreement with leaders.

The events also point to a shaky deal between President Uhuru Kenyatta and Turkana County Governor Josphat Nanok on the sharing of oil revenues that paved way for the implementation of the pilot scheme.

Turkana parliamentarians that appeared to have been whipped inline by Nanok into accepting the deal now appear to have a different opinion. They argue the National Government has reneged on the deal to beef up security in the area, which was one of the conditions to the deal.

Calm may have returned to the oil fields of Lokichar but nothing indicates that the issues that sparked the protests have been resolved. Sentiments by some members of the Turkana community reveal deep suspicions about the Government and how it is undertaking the project as well as a Government that has not been keen on talking with its people.

Munyes acknowledged that what is brewing in Turkana could turn ugly if not managed early enough. The Petroleum CS, who camped for days at the oil sites pleading with locals and leaders to allow the oil to be moved to Mombasa, said he had reached out to Turkana County leaders in a bid to reach an understanding and make sure that the situation does not deteriorate into anarchy.

“We are being cautious to ensure that conflicts do not escalate into something else. We are exploring many ways to resolve the matter amicably,” has said.

Munyes, however, blamed a section of local leaders for the chaos that rocked the area. He has held several meetings with leaders. In an interview, he said there could be an element of incitement of residents by a section of leaders to scuttle the pilot scheme.

“I have reached out for negotiation with area leaders and residents to allow the transportation of oil to resume.”

The CS said he met with defiant area MPs James Lomemen (Turkana South), Mohammed Lokiru (Turkana East) to resolve the stalemate. He added that they had a consultative meeting with the area Governor Josphat Nanok and other stakeholders and confirmed that talks were fruitful.

The different parties had on Thursday reached a truce to allow the movement of crude oil to go on. Governor Nanok said the consultative process will go on, adding that the National Government had given assurances that it would deal with the issues that the community has spelt out.

Some of the demands which the community wants the Government address include insecurity, oil revenue share, contracting Turkana based firms and road infrastructure.

Nanok said following a series of meetings with the community and elected leaders, the blockade of trucks transporting crude oil had ended.

When Kenya announced the Turkana oil discovery in March 2012, major global institutions noted that to veer away from the all too familiar slippery into chaos, it needed to put in place institutions to oversee the industry as well as adopt transparency from the onset.

“The biggest -but most important- challenge is to build and maintain good institutions. ‘Sunlight is the best anti-septic’, in other words, transparency will be the most powerful lever for accountability. If Kenyans know exactly how much oil is being produced, how much royalties oil companies pay this would already be a major step in the right direction,” reads a 2012 note by the World Bank, which goes on to cite Indonesia as among the countries that have turned the oil resource into a blessing rather than a curse and which Kenya can learn from.

The theme of transparency, engaging communities and managing their expectations as well as the creation of formidable institutions have the themes of many papers and discussions since then. In a statement Thursday, a local lobby noted that transparency and talking with communities would be key if Kenya was to make a success of its oil finds.

“Kenya, as an emerging oil producer has an opportunity to ensure that it reaps optimal benefits from its oil reserves… Tullow and the Government of Kenya must consistently transparently communicate full details relating to the EOPS during the course of the project,” said Kenya Civil Society Platform on Oil and Gas (KCSPOG) chairman Odenda Lumumba.

“Overall, only increased transparency and accountability will support the sustainable development of the Oil and Gas sector in Kenya. Efforts to circumvent or avoid legal obligations will lead to the current challenges experienced by the Oil companies.”

The Petroleum Bill, which was expected to give a legal backing to the EOPS project, has been stuck in Parliament since February this year. It is a repeat experience after a similar fate befell the Bill in 2015.

The Government had hoped for a speedy passage of the Bill to enable the project to kick off and avoid delays experienced last year when the absence of a law forced the Government to halt the project. This year, the Ministry of Petroleum went ahead to start the movement of crude despite not having the legislation in place.

The only thing in place is the agreement between the President and Governor Nanok reached in May. Then, it appeared that Nanok had whipped legislators and other leaders from the area in line. The vocal leaders did not raise objections to the commencement of trucking crude to Mombasa.

Cracks are emerging with the leaders appearing to be no longer contained and are mobilising residents to show discontent by blocking the trucks carrying the crude to Mombasa.

Turkana South MP James Lomemen and Turkana East MP Mohamed Ali Lokiru have been vocal on community rights and in their onslaught said the disturbances would continue. That is until the Government addressed their concerns, one of which they said was increased security.

The leaders noted that the Government has been providing heavy security to the oil fields and trucks that carry oil while the community was left vulnerable to bandit attacks.

“It’s the responsibility of the government to ensure the security of its citizen. Its unfortunate bandits are killing people near oil sites and property worth million taken away by bandits yet the government is doing nothing to address the problem,” said Lomemen.

“We are not opposed to oil transportation. We respect you the President for a historic flagging off oil crude oil and making Kenya proud to enter into the league of oil-producing nations. But you must meet our demands for security.”

When they demonstrated at the oil fields, which disrupted work at the Tullow run camps as well as trucking of crude oil, residents made what could be dismissed as mundane demands including that their share of the oil revenues be deposited directly into the bank accounts.

But it could also be a show of little engagement that the Government has had with the community in terms of understanding the proposed law which stipulates how the money will be shared and how it will be managed on behalf of the community.

Ekal Erot, a Turkana resident claimed that the Government was out to deny them their rightful share of the oil proceeds, which he feels should go directly to their pockets.

“We want our share to go directly to our accounts. This will be duplication of projects because the national and county allocations will take care of the development in the county. The president should not lecturer us on how we are going to use our money,” Erot said.

The Bill says the five per cent share of the oil money should be paid to a trust fund managed by a board of trustees established by the County Government in consultation with the community. The trustees together with the community would then decide where to invest the money.