Rise of the retail mall

The growth of the retail market across the continent has been something to behold. Here at home, malls are coming up at a dizzying speed, but what effects do they have? SHEILA KIMANI explores

Africa is on a quest to break the third world ‘sluggish economic development’ curse and with countries like Kenya working towards achieving their millennium development goals, citizens can only hope for better quality of life.

According to the Construction Review Online, the chief investment officer of Stanlib Direct Property Investments, Amelia Beattie, said the fund would focus on new retail developments in Nigeria and Kenya, where there was still an under-supply of quality retail properties.

The fund had earmarked between six and eight developments in Nigeria and Kenya.

Malls have been coming up across the country, with places like Rongai and Nanyuki joining the bandwagon.

For many, better quality of life involves working in comfortable work environments as well as conveniently accessing the goods and services they may need at reasonable prices. With the advent and spread of malls, these dreams are swiftly becoming realities.

According to a Knight Frank research report released last year, malls were quickly taking root and influencing the Kenyan market patterns, but developers were wary of the polls with some fearing it would affect their operations.

“No mall is set for opening in 2013, presumably due to the uncertainty expected from the forthcoming General Election,” the research released in the second quarter of last year had said.

Today, the elections are behind us and the future is looking up. With more than 50 shopping malls all over the country, especially in prime cities like Nairobi, Kisumu and Mombasa, Kenya is fast developing the mall culture.

Over the last few months, five major malls including the Thika Road Mall — recently erected on the Thika Road Highway — Highwayy Mall, along the Uhuru Highway have been open, an indication that the mall industry is turning out to be a lucrative venture.

Thanks to their intricate designs, ample parking spaces, relaxation joints, and the overall shopping experience, citizens are quickly styling up to the idea of malls with more ditching traditional shopping for this modern trends.

Areas with high flow of traffic, a certain class of residents with certain income levels, accessibility, space, amongst other factors are what mall owners put into consideration before putting up the malls.

“We cannot just set up a mall in areas far from our customers, or stock up on products that are not of interest to the residents due to cheaper alternatives because at the end of the day, our products are our selling point,” says Charles Githinji, a manager at the Thika Road Mall, sometimes referred to as TRM.

According to Githinji, malls should be set up in places where customers will consider them as their first shopping priority since this means that outside competition such as mini matts are less influential on the consumer shopping, market patterns and trends.

The Sarit Centre shopping mall in Westlands, Nairobi is one of Kenya’s most prominent and largest enclosed shopping malls, with the complex boasting of 500,000 square feet of built space on six levels, half of which is leased on retail.

Due to its convenience and location, the mall boasts of an average pedestrian traffic of more than 20,000 customers daily and so far, only a few recently established malls can match that up.

Unlike many other construction designs that are easy to formulate and implement, mall designing requires huge capital investments, professionalism, accuracy and attention to detail.

With investors putting in billions of money into the project, the architects and construction managers have no option but to deliver top notch and quality design aimed at accommodating a variety of adequately spacious retailer stalls, withstanding high customer traffic at any particular time as well as creating ample and secure parking lots.

Nevertheless, while shopping malls provide impeccable shopping experiences, their effects on the surrounding environment can be both beneficial and consequential.

Even before it opened, the Thika Road Mall was opened ranked on the list of most anticipated world class malls due to its well-known investors — Actis, array of world-class mall retailers and its strategic location along the recently completed super highway.

However, effects are being felt with the property and housing prices going up while smaller retail shops around Roysambu and Thome close down to pave way for the new ‘giant’.

Despite university students celebrating due to the entertainment and shopping experience brought about by such a development, they are quick to point out that the cost of shopping and services is higher in the malls and for this reason, they hope the kiosk vendors will not all close down.

“My landlord raised the rent claiming the housing and land rates had appreciated because of the mall, yet we had been here long before the construction even began!” Doreen, a young professional laments about the move.

While that is the case, Charity Weveti, a flat owner in Roysambu tells Home and Away that the apartments close are quite in demand since the mall was set up and, at times, landlords have no option but to raise the rates.

“Potential tenants offer to buy the houses, while others are even ready to double the rent rates just to be close to the convenience provided by the mall, and you cannot simply ignore that because of your veteran residents,” she says.

Some residents, especially those who lived in the estates even before the malls were set up, often cry foul because of the changes that come about to affect their once settled lifestyle. Charity explains that the mall construction process was quite a pain to her residents who had to deal with environmental pollution that came about during building.

Business people are not left out by the consequences, as their businesses face stiff competition from mall retailers, forcing them to reduce their prices to retain customers.

Mama Linda, a vendor ,had to relocate from the Nairobi West estate in Nairobi after the T-Mall along Lang’ata Road opened, because most of her customers could now conveniently get fresh farm supplies from the mall.

“Although a few customers remained loyal, their loyalty could not sustain my business or even pay the City Council dues, so I moved in search for better business ventures just like my fellow vendors,” she says.

Some of the advantages brought about by malls include the 24-hour shopping experiences because the malls remain open through out, while smaller shops close down for the day.

Security levels also improve as once darkly lit estates, get well lit due to the mall floodlights and higher flow of human traffic, as customers come by for shopping at their convenient times.

Joseph, a resident of Embakasi confesses that he always felt insecure walking home in the night because of the rogues that were known to pry the dark paths to his place.

However, with the floodlights shining bright due to the Taj Mall position on North Airport Road, he no longer takes cabs to his place and is quickly getting used to the new safe lifestyle.

Job creation is also an important contribution presented by malls because new malls need attendants conversant with the surroundings. This is often seen when the malls need new staff to run the mall activities and also to woo the customers, thus they need to advertise jobs for new employees in the surrounding areas.

As it is, malls have a notable effect whenever they are set up, and by the look of things, they are here to stay.

With investors betting their money on the lucrative business, residents can only hope that the malls will improve, rather than distort their lives, accommodate their lifestyle and income levels else, the mini Matts and kiosks will forever remain their conveniently favourite shopping joints.

By The Conversation 16 hours ago
Amid challenges, new forms of urban planning emerge in Africa 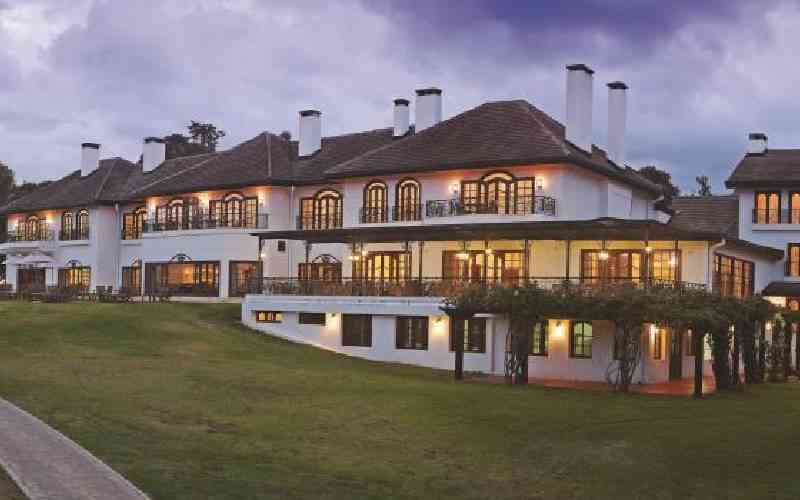